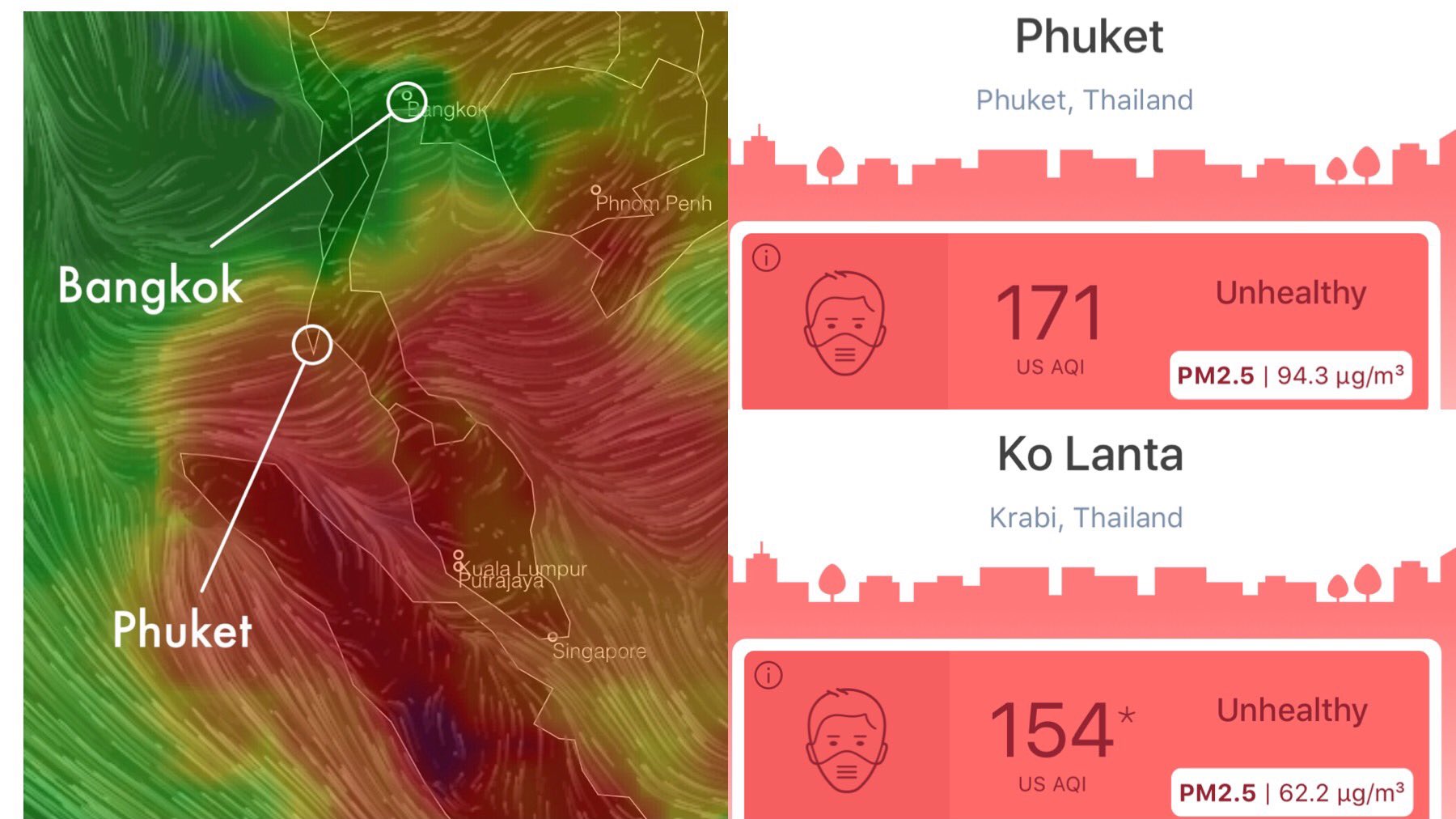 Haze from Indonesia’s forest fires has affected southern Thailand with the PM 2.5 reaching to 73 micrograms per cubic meter, with the highest amount in Bang Nak sub-district in the capital district of Narathiwat. The haze has started to affect the local people’s health. In downtown Songkhla, though it rained in the middle of the night for over two hours, the haze remains.

The haze was thicker throughout downtown Songkhla under a gloomy sky this morning. At sea, the thick haze caused low visibility, forcing fishing boats to take extra caution.

Besides Thailand, haze caused by the fires on Indonesia’s Sumatra and Kalimantan have also affected neighbouring Singapore and Malaysia.

It is an annual problem during the dry season where farmers use the slash-and-burn method to clear land to grow new crops.

Health officials in Yala were also seen handing out free masks to people on the streets.