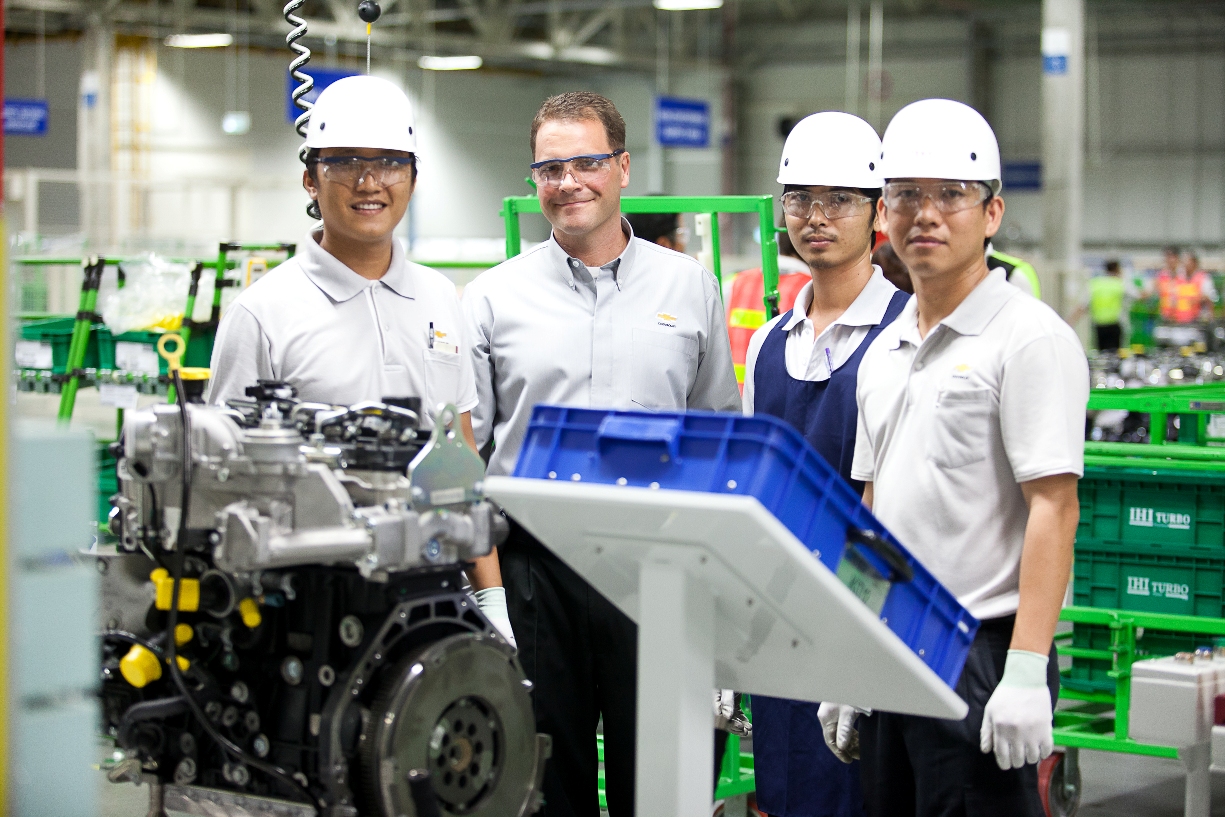 Strategic R&D and manufacturing investments from GM, Nissan and American Axle & Manufacturing (AAM) have put Thailand at the forefront of the auto industry in ASEAN and international markets within the past few months. Thailand’s ability to bridge manufacturing capabilities with an advanced industrial infrastructure have positioned the country to serve as the main entry into the ASEAN economic community, the strategic trade bloc of Southeast Asia that will officially begin in 2015.

GM opened its first diesel engine plant in Southeast Asia in Thailand’s industrial Rayong province on September 9, 2011. The $200 million facility is projected to produce around 100,000 engines in 2012, with the expectation of sourcing $94 million of the parts locally. The engines will mostly be installed in the new Chevrolet Colorado truck to be sold domestically and abroad. This new plant brings GM’s investment in Thailand to $1.3 billion since 1998.

In late July, Nissan established its new regional strategic headquarters in Thailand in order to carry out its six-year development plan for the ASEAN region, set to more than triple unit sales to 500,000 units (15% market share) by the end of 2016. The Nissan Technical Center South East Asia will triple its engineering staff by 2016 to localize R&D and powertrain production in the ASEAN region. Additionally, the company also plans to partner with JATCO on a $250 million manufacturing plant to produce continuously-variable transmission (CVT) units in Thailand. Nissan also plans to launch its “Power Up 2016″ by deploying more than 10 new models, the first of which will be the eco-car, Nissan March.

AAM, a tier one automotive supplier, opened a new facility in Rayong, Thailand to expand its Asian presence for driveline and drivetrain systems in the automotive industry. The company plans to take advantage of Thailand’s position as the second largest pickup truck market in the world that will provide the necessary infrastructure to deliver advanced-technology products for current and potential clients in the ASEAN region. Once operational, the new 138,000 sq ft facility will employ 275 manufacturers and engineers.

via Thailand Board of Investment North America: Thailand Focus.

Related Topics:automobileGeneral Motors
Up Next