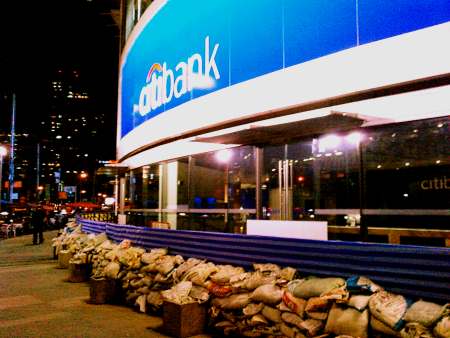 Many Banks have closed in dowtown Bangkok to avoid Flooding risk, and also because Government has declared special public holidays

As the flooding continues, Lat Krabang Industrial Estate in eastern Bangkok may be affected. If floodwaters spread into inner Bangkok, the cumulative impact on trade, tourism and related sectors is likely to be prolonged, and more severe than previously expected. However, provided that the flood situation concludes by the end of the year, the MPC expects domestic growth to recover in 2012 with key support from reconstruction spending, together with fiscal stimulus through the government’s direct spending and additional measures such as the rice pledging scheme and the minimum wage increase.

Under the baseline scenario, the MPC projects the Thai economy to grow by 4.1 percent in 2012 on the back of domestic demand recovery, the strength of which will make up for some anticipated loss in export momentum due to the global slowdown. (MCOT online news)

The industrial operators whose operations have been damaged by the flooding will be provided with soft loans and other forms of assistance.

The Ministry of Finance will allocate 250 billion baht to assist and rehabilitate entrepreneurs and industrial estate developers. Out of this amount, 20 billion baht in credit will be extended to small and medium-sized enterprise (SME) operators through the SME Development Bank of Thailand.

The remaining 230 billion baht will be extended to entrepreneurs and industrial estate developers through commercial banks and government-owned financial institutions.

In addition, 4.5 billion baht in credit will be offered to the Industrial Estate Authority of Thailand for use in rehabilitating damaged industrial estates. A budget of 500 million baht will be set aside to launch a project to rehabilitate the workplaces of SME and “One Tambon, One Product, (OTOP)” program operators. The project aims to bring about quick recovery to help them resume their businesses as soon as possible.

The affected entrepreneurs will be allowed to extend the period of paying their water supply and electricity bills. They will also be provided with an exemption for import duties on machinery and equipment to replace damaged ones. In order to ease possible shortages of automobiles because some car factories have been hit by floods, the Ministry of Finance will consider reducing import duties on automobiles and auto parts, as well.

Since 660,000 workers might not be able to work because their workplaces have halted operations, the Government has come up with measures to provide skill training for them, with financial support from the Government during their training. A number of employees will also be sent to work at the factories that are in need of more workers.