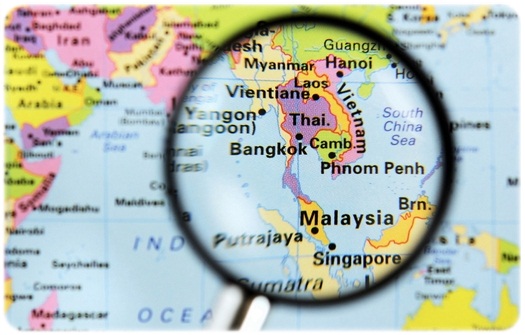 The disaster has rippled through the supply chains of Japanese auto and electronics makers, as parts shortages affected operations across the globe.

Honda plans to extend output reductions at six plants in the U.S. and Canada until next week because of deficiencies caused by the Thai floods, Japan’s third-largest carmaker said in a statement on Nov. 9.

With a well-developed infrastructure, a free-enterprise economy, generally pro-investment policies, and strong export industries, Thailand enjoyed solid growth from 2000 to 2008 – averaging more than 4% per year – as it recovered from the Asian financial crisis of 1997-98. Thai exports – mostly machinery and electronic components, agricultural commodities, and jewelry – continue to drive the economy, accounting for as much as three-quarters of GDP. The global financial crisis of 2008-09 severely cut Thailand’s exports, with most sectors experiencing double-digit drops.

On the other hand Vietnam is a magnet for foreign direct investment. The success of doing business in Vietnam is greatly facilitated by the ability to put through effective corporate structure and financial management system to deal with foreign investment laws, taxation, accounting and foreign exchange issues in Vietnam.

The investment registration process and tax management in Vietnam is decentralized, with the municipal and provincial authorities having significant discretions on how businesses are established and managed from a tax and accounting angle. Having a good local partner, experienced staff and localized professional support would greatly assist in the initial start-up stage.

The Thai baht rose to 33.94 baht per USD, a record high in the past two years after the Bank of Thailand (BOT) decided not to take measures to stop the rise of the domestic currency. END_OF_DOCUMENT_TOKEN_TO_BE_REPLACED

The world’s six largest pension systems will have a joint shortfall of $224 trillion by 2050, imperiling the incomes of future generations and setting the industrialized world up for the biggest pension crisis in history. END_OF_DOCUMENT_TOKEN_TO_BE_REPLACED