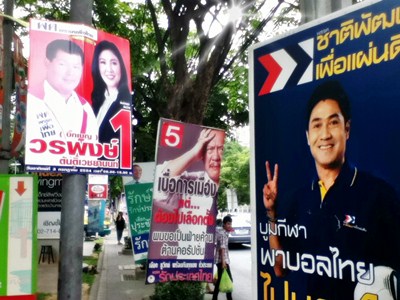 Unlike the Middle East and its Arab Spring, most of Southeast Asia’s voters are finding some political space and empowerment within their political systems. The results appear to have the potential to strengthen governance and possibly regional integration. In Thailand, the most consistent theme of the past five chaotic and even bloody years has been the unfailing will of Thai voters to remain focused on being empowered to choose leaders they believe will deliver value — economically, socially and politically.

Elections around Southeast Asia have assumed a new and empowering role in defining the region’s political outlook. Emanating from Indonesia’s historic transition from autocracy to nascent if chaotic democracy, the people of ASEAN are using the ballot box to send strong messages. This trend was underlined by the strong performance of Yingluck Shinawatra and her opposition Puea Thai Party in the 3 July elections in Thailand.

While the response from important Thai institutions such as the military and monarchy remains to be seen, it appears that the people’s mandate may actually be the key to unlocking the political stability that has been so elusive in Thailand over the last several years.

While the response from important Thai institutions such as the military and monarchy remains to be seen, it appears that the people’s mandate may actually be the key to unlocking the political stability that has been so elusive in Thailand over the last several years.

If that is the case, and Thailand retains stability and works toward reconciliation, then ASEAN and its partners would benefit significantly.

ASEAN has been quietly suffering in its efforts to move toward its stated goals of political, economic and cultural integration for several reasons, predominantly the ugly thorn of Burma. The second largest barrier has been the fact that Thailand, the very country in which ASEAN was founded in 1967, has been embroiled in domestic political infighting and unable to play its role as one of the ‘core five’ members of the regional grouping. Indeed, Thailand’s Machiavellian politics have, at least in part, resulted in conflict with its neighbour Cambodia, and directly undercut the narrative of ASEAN unity.

While Thailand was focused internally, Vietnam joined the core five and Indonesia stepped back into its traditional leadership role.

In addition, the Philippines, an original member of the nucleus of ASEAN that had been quietly dropped under the reign of President Gloria Macapagal Arroyo, has been informally reinstated under the leadership of President Benigno Aquino III. Aquino is another leader who, arguably like political neophyte Yingluck, was compelled to take up the mantle of responsibility at the behest of his people. If Thailand is back, ASEAN’s core will include six strong nations.

The majority of ASEAN’s new core six have undergone important recent elections which have resulted in new leadership or refocused incumbents responding to the needs of voters. These include economic development, governance, reform and core requirements such as education, health care and infrastructure.

Prime Minister Najib Razak in Malaysia has worked hard to put political and economic reforms in place after heeding the historic message of the March 2008 elections.  His efforts will be judged in the next Malaysian general elections, widely expected within the next year.  Singaporean voters stunned the incumbent People’s Action Party in May when they voted a historic number of opposition party members into Parliament. And in the Philippines, voters last year conscripted Aquino to run for president and elected him with a mandate to fight corruption and begin a renaissance for governance in the republic. Even Vietnam, at the eleventh Communist Party Congress in January, empowered voters and provincial leaders with a stronger role in selecting leadership. Increased accountability in governance is a real trend in Vietnamese politics.

American foreign policy should recognise the trend toward empowerment and governance in Southeast Asia.

The movements have the potential to underpin a peaceful and prosperous Asia for decades to come.

The Obama administration has positioned itself well to support and invest in a strong ASEAN comprised of countries working to cope with new democracies and strengthened institutions. This is a critical point in the region’s development. While the choices illuminating political evolution must come from the 620 million denizens of ASEAN, the US should work closely and carefully with its allies and partners there and throughout Asia to support these trends and an empowered ASEAN.

Ernie Bower is Senior Adviser and Director of the Southeast Asia Program at the Centre for Strategic and International Studies, Washington DC.

Related Topics:election
Up Next