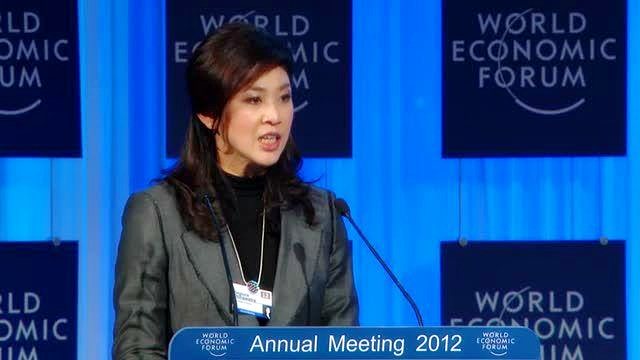 Thai Prime Minister has convinced international business leaders that Thailand has prepared plans to prevent future flood crises and that the country has potential to be centre of the Association of Southeast Asian Nations (ASEAN) ready to offer investment privileges.

Ms Yingluck was attending the 42th annual World Economic Forum (WEF) in Davos, Switzerland and took the opportunity to regain confidence of leaders and investors in Thailand after last year’s flood crisis.

On Saturday, Ms Yingluck met business leaders and CEOs under the topic of “Public-Private Interaction on Thailand” to seek ways to develop Thailand’s economic potential and policy on water management and long term reform measures in Thailand.

The Thai premier has informed top executives that the Thai government realised investors’ concern over the massive flood crisis last year so the government has systematically laid down water management plans to assure to foreign business people that the government could handle the flood situation and that there would be no future flood crisis.

A Single Command Authority would be set up to integrate directives on water management to effectively handle the flood crisis, as US$11 billion budget was set aside to repair and build infrastructure–including dykes–and for disaster forecasting, she said.

The Government will spend a budget of 18.11 billion baht on various activities to decrease the level of damage from floods that may occur in 2012.

The activities are contained in the 2012 Action Plan, which is part of the Master Plan for Water Resources Management, aimed at improving the existing flood prevention system, building confidence in flood prevention in communities, agricultural areas, industrial sites, and important economic zones, and integrating the participation of stakeholders from all sectors for effective water management.

Flood damage was estimated at 1.42 trillion baht and almost one million workers were affected.

The master plan was drawn up after the flood crisis in Thailand in 2011. It was announced on January 20 by Prime Minister Yingluck Shinawatra, who stated that the flood damage was estimated at 1.42 trillion baht and almost one million workers were affected.

According to the 2012 Action Plan, a National Water Information Center will be set up in order to develop effective and unified information, forecast, and warning systems, using modern technology, such as satellite and long-distance monitoring systems.

In managing watershed areas, emphasis will be placed on reforestation in line with His Majesty the King’s concept for the harmonious coexistence between humans and nature. His Majesty advised that tree planting should start in the hearts and minds of the people, so that they would help increase forested areas throughout the land.

Water drainage management will focus on such major dams as Bhumibol, Sirikit, Pa Sak Jolasid, and Chai Nat. About 100 canals will be dug and more dikes will be built.

An integrated water management organization in the form of “single command” will be established to handle the entire water management system and improve the warning system and the response to an emergency. Related laws and regulations will be improved, while public participation will be promoted.

Apart from the 2012 Action Plan, the Action Plan for Integrated and Sustainable Mitigation of Floods will also be implemented. It calls for the development of a database and forecast and warning systems, with a budget of three billion baht. A total of 60 billion baht will be spent on forest and ecosystem rehabilitation and conservation, including reforestation, construction of check dams, planting of vetiver grass, and building of reservoirs.

Another 60 billion baht will be used to designate areas to hold overflow water and to provide assistance for people living there. In addition, 177 billion baht will be spent on the construction and improvement of the country’s large drainage structures. All these projects will minimize the effects of flood damage in the future.

The Thai baht rose to 33.94 baht per USD, a record high in the past two years after the Bank of Thailand (BOT) decided not to take measures to stop the rise of the domestic currency. END_OF_DOCUMENT_TOKEN_TO_BE_REPLACED

The world’s six largest pension systems will have a joint shortfall of $224 trillion by 2050, imperiling the incomes of future generations and setting the industrialized world up for the biggest pension crisis in history. END_OF_DOCUMENT_TOKEN_TO_BE_REPLACED