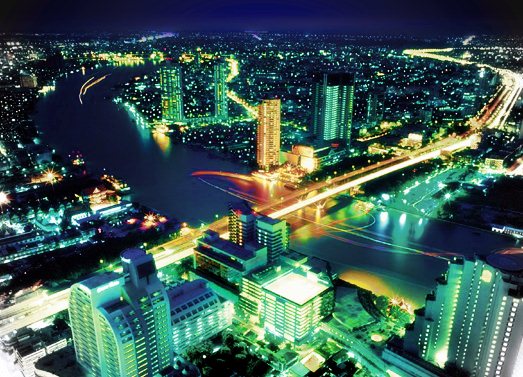 The Thai Government expects a strong GDP growth of 5 percent in 2012, with more export diversification into the Middle East, India, and ASEAN.

Emphasis will also be placed on Australia, New Zealand, China, and Japan, all of which have implemented free trade agreements (FTA) with Thailand, which will benefit from tariff elimination.

Regarding natural disasters, the Prime Minister said that the Government plans to issue an executive decree to seek loans amounting to 350 billion baht for water management.

Speaking about Thailand’s GDP growth this year, Prime Minister Yingluck Shinawatra cited 2012 as the year of challenges for Thailand as it works to restore confidence in the country following the flood crisis last year and the ongoing global economic uncertainties. She urged the people to monitor the changing situation and adjust themselves, so that they would be able to move forward amidst the challenges.

The Thai economy depends heavily on exports, and foreign trade accounts for a major portion of GDP.

Its share was 34.78 percent of the GDP in 1990 and has increased to 70 percent now. In order to reduce risks, Thailand is striving to diversify its exports into emerging markets, instead of emphasizing its traditional markets, especially the United States and Europe.

Prime Minister Yingluck stressed the need to focus on strengthening the domestic economy in an effort to reduce risks. She cited three major risks Thailand was facing in 2012. The first risk involves economic volatility in Europe and the United States, which are Thailand’s major markets. The second one is that the Thai baht has become volatile because of capital movements from several countries. However, the baht depreciation might turn out to be positive for Thai exports, as well. The third risk involves natural disasters and climate change, which are problems faced by all countries.

Regarding natural disasters, the Prime Minister said that the Government plans to issue an executive decree to seek loans amounting to 350 billion baht for water management. The issuance of the decree is an urgent matter and is necessary to restore investor confidence.

Since Thailand needs to strengthen the local economy, she said, investment from the public sector would help stimulate the economy and bring down the unemployment rate. In this regard, the Government will boost private sector spending and increase people’s income. In particular, small and medium-sized enterprises (SMEs) will receive a major boost. When SMEs become stronger, she said, the grassroots economy will improve and larger companies will also benefit. Another reason to raise spending is that the Government wants to boost the local economy in order to cushion impacts from the global economic turmoil.

The Prime Minister stated that the Government wanted to see the recovery of the Thai economy in the form of a “V shape.” The recovery is likely to be evident in the second quarter of 2012.

Moreover, she said, Thailand also needs to develop infrastructure linking with neighboring countries, as they prepare for the integrating of the ASEAN Community in the next few years.

via Inside Thailand — Thailand’s Expected GDP Growth in 2012.

The Bank of Thailand said its policy direction this year would focus on making the economy more resilient and improve the people’s standard of living, while hinting that monetary policy could be eased amid moderate inflationary pressure.

“All parties should adjust themselves to move forward in response to volatility, which will occur in the future,” BOT Governor Dr Prasarn Trairatvorakul said at a news conference.

He said the central bank would continue to safeguard economic stability mindful of the trade cycle, especially the risks arising from the global situation. Monetary policy could shift its focus to the promotion of the private sector’s growth thanks to the possibility of moderate inflation risks.

At the same time, he said, exchange-rate management would adhere to the principle of flexible movement in line with economic fundamentals. The BOT would continue to push forward the Capital Account Liberalisation Master Plan to allow Thai entrepreneurs and retail investors more flexibility to manage overseas investment. In this regard, a public hearing is expected to be held about the master plan.