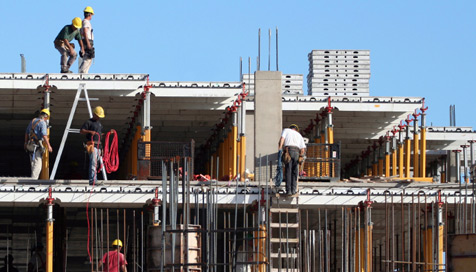 Thailand is recovering from a very challenging year marked by natural disasters of historic magnitude. First, the earthquake in Japan in March disrupted supply chains and slowed down production, albeit temporarily. Then, the country was inundated by massive floods that began in August and worsened in October–November, slowing the economy to a near halt.

In the last quarter of 2011 output contracted by 10¾ percent (quarter-on-quarter), the largest quarterly contraction ever recorded, bringing annual growth down to 0.1 percent. Manufacturing industries such as the automobile and electronics sectors were particularly badly affected, but agriculture and tourism also suffered. Total losses are estimated at about 3 percent of GDP. On a yearly basis, GDP growth shrank from 7.8 percent in 2010 to a barely positive 0.1 percent in 2011. However, the Thai economy is expected to rebound sharply in 2012, partly owing to monetary easing and a large fiscal package.

Positive signs of a recovery are already under way with sharp improvements seen in high frequency indicators since December 2011.

Manufacturing output surged in December 2011 even though there are variations in the pace of recovery across industries. Confidence indicators have almost reached their pre-flood levels. As a result, GDP should grow by 5½ percent in 2012 and a further 7½ percent in 2013 due to a large carryover effect from the strong recovery in the second half of 2012.

Domestic demand is expected to be the driving force of growth in 2012, partly due to reconstruction and flood-prevention efforts. However, amidst uncertainty about the evolution of the global economy and the success of flood-prevention measures, downside risks to the outlook are significant. The Thai economy remains vulnerable to contagion from the turmoil in the euro area, and weak growth in its trading partners as well as to domestic political tensions, if they were to be renewed. If water management projects are not successful, that could also affect business and consumer confidence.

The policy response is targeting income redistribution and flood prevention

The government took office in August 2011 with policy priorities geared toward making income distribution more equal and rebalancing growth toward domestic consumption. Expansionary fiscal policies came at an opportune time to help offset weak world demand. In addition, in response to the 2011 devastating floods the government added plans to invest in flood-prevention and boost reconstruction-led recovery.

Similarly, the Bank of Thailand halted its gradual normalization policy and lowered the policy rate twice by a cumulative 50 basis points in November 2011 and January 2012. Executive Board Assessment Executive Directors commended the Thai authorities for their policy response to last year’s floods, which propelled the strong recovery underway. They noted that the short-term outlook is favorable, but significant downside risks stem from the unsettled global scenario, internal political uncertainties, and capacity constraints in the execution of public works.

Directors concurred that the main challenge for the period ahead is to complete reconstruction while maintaining macroeconomic stability and promoting inclusive growth. Directors agreed that the current expansionary fiscal and monetary stances are appropriate in the context of weak world demand and muted inflationary pressures.

Against this background, they supported the government’s fiscal package and welcomed the Bank of Thailand’s recent decisions to lower interest rates. Directors noted, however, that the authorities should unwind the supportive policy stance as the recovery takes hold and move to a medium-term consolidation path consistent with low inflation and fiscal sustainability. In particular, the authorities should stand ready to tighten monetary policy as the output gap closes.

Directors agreed that the authorities’ commitment to fiscal prudence could be usefully underpinned by a formalization of current budgetary practices and targets, and looked forward to the adoption of the Public Finance Act. They also recommended improving transparency and accountability of fiscal operations in line with the recommendations of the 2009 review of fiscal standards and codes. Directors supported the authorities’ ambitious reform agenda aimed at promoting more inclusive growth. They observed that recent income redistribution policies, including the rice price support mechanism, need to be monitored and assessed with a view to containing fiscal costs and improve efficiency.

In addition, minimum wage increases should be accompanied by measures boosting labor productivity to preserve competitiveness.

In this context, Directors considered that technology transfers and investment in human capital and infrastructure, particularly in less developed regions, are needed to raise long-term growth. To create the fiscal space necessary to support these reforms, Directors saw scope for scaling back subsidies, eliminating income tax credits, and reviewing the rate structure for excise and value added taxes, while strengthening tax administration. Directors noted that capital inflows have continued to be volatile and are likely to remain so in the near term.

With high international reserves, more risk-aware economic agents, and increased availability of financial instruments to protect against volatility, Directors considered that there is room to increase exchange rate flexibility in both directions. They supported the authorities’ plans to further relax gradually restrictions on capital outflow while ensuring that adequate safeguards are in place to protect against sudden reversals. Directors welcomed the progress made in developing financial markets, which should facilitate private investment. They called for swift action to mitigate risks from government-owned specialized financial institutions by refocusing them on their core mandate, improving risk assessment standards and strengthening supervision, as suggested in the latest module of the Financial Sector Assessment Program. Directors also recommended continuing to develop strong financial safety nets and to address remaining weaknesses in the regulatory framework to combat money laundering and the financing of terrorism. Read More

Asia-Pacific growth to decline in 2012, but remains growth pole of world economy