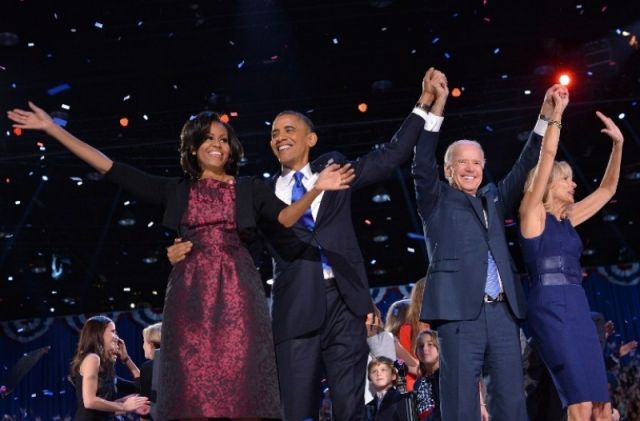 Ms Yingluck reacted shortly after Mr Obama claimed victory to continue in the Oval Office for his second term as 44th US president. The re-elected president delivered his victory speech in Chicago after he was confirmed to have won 303 electoral votes, compared to 203 for Mitt Romney. The Republican candidate phoned Obama to congratulate him, then admitted defeat before his supporters in Boston.

Ms Yingluck said the Thai government congratulated the winning candidate and that Mr Obama’s victory is good for Thailand, and that Thailand is ready to continue its policies.

Deputy Premier/Foreign Minister Surapong Tovichakchaikul commented today that the US election result has no impact on Thailand’s policies towards the US as it has been a close ally with Thailand for a long time.

The foreign minister added he believes, after the election, the United States will also give even more importance to the Southeast Asian region. (MCOT online news)

In general, the Asean leaders want Obama to return as president so he can take part in the upcoming East Asia Summit (EAS), which will be held two weeks later in Phnom Penh. The seventh EAS will be one of the most important meetings between the leaders of Asean and the world’s most powerful countries including the US, Russia, China and India as each country is undergoing substantive changes dictated by their own domestic and external dynamics. To Asean, Obama represents a continuity of US commitment to Asia.

Mr Mannix said American companies have regarded Thailand as one of the top countries for investment thanks to its economic revival, adding that a survey by AMCHAM found that 65 percent of US companies have plans to expand their investments in Thailand.

More than 700 American companies will have a combined investment of US$40 billion in Thailand by the end of 2012, he said.

Obama’s Trip hints at US focus on Asia

Why Asean countries should prefer Obama as president

The Thai baht rose to 33.94 baht per USD, a record high in the past two years after the Bank of Thailand (BOT) decided not to take measures to stop the rise of the domestic currency. END_OF_DOCUMENT_TOKEN_TO_BE_REPLACED