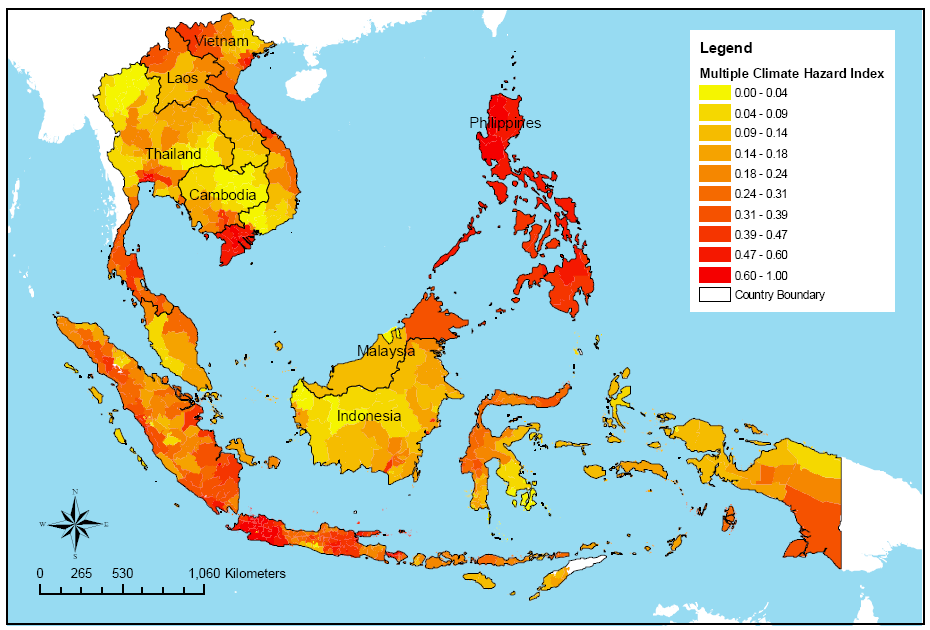 One of the key challenges in building the Asean community is coming up with tangible outcomes that benefit people directly. This is a tall order, since many of Asean’s objectives are at the regional level. Realisation of Asean’s goals and aspirations will happen only when each member nation converts regional commitments into national policies and practices.

The key issues are follow-up and implementation. Asean has over 300 agreements in place. It remains to be seen whether member states will be able to implement them all by its self-imposed deadline of December 31, 2015. This seems like a daunting challenge. However, recent progress in regional disaster management offers insights on Asean’s readiness to take up the tasks ahead.

Disaster risk reduction and management are major concerns for Asean, considering the region’s vulnerability to natural disasters. Earthquakes, typhoons and floods are among the perpetual threats facing Asean countries.

In November, a magnitude-6.8 earthquake struck Mandalay and Sagaing in Myanmar. Most recently, Typhoon Bopha created havoc in Mindanao in the Philippines. Both caused severe damage and loss of life.

Asean acted quickly. Spearheading the action was the Asean Coordinating Centre for Humanitarian Assistance on Disaster Management (AHA centre), established by Asean leaders at the Bali Summit in November 2011.

From its base in Jakarta, the centre deployed an emergency rapid assessment team (ERAT) to Mandalay and Mindanao. Within a week, the ERAT delivered over 250 multi-purpose tents and 70 rolls of tarpaulin sheets to aid local citizens coping with the destruction of houses, schools and hospitals.

In Mindanao, the team conducted a rapid needs assessment. The dispatch of emergency goods is pending.

A key to the swift action by the AHA centre is the Asean regional emergency stockpile, in Subang, Malaysia. The regional stockpile was awaiting formal inauguration when the disasters occurred. Nonetheless, it went into full operation and has performed well.

In brief, through the AHA centre and regional emergency stockpile system, Asean has demonstrated promising competence in regional disaster management. Several factors contributed to Asean’s success. First, Asean has had ample natural disasters. Some of the recent, most catastrophic disasters hit Asean countries directly, like the Indian Ocean tsunami in Aceh in 2004 and Typhoon Nargis in Myanmar in 2008. This led to an accumulation of experience in managing natural calamities.

Second, Asean has proper region-wide mechanisms and procedures in place. This is epitomised in the Asean Agreement on Disaster Management and Emergency Response (AADMER), the umbrella framework that guides Asean’s concerted actions in the event of a disaster.

Under the purview of the AADMER, Asean has worked out necessary measures for improving preparedness and response. This includes standard operating procedures, disaster information sharing and communication network, and regional emergency stockpile and logistics systems. The AHA centre is the hub of these activities and facilitates operational coordination.

Third, Asean receives strong support from various dialogue partners. Among them, Japan contributed significantly to development of the AHA centre. The centre’s state-of-the-art IT systems were provided by Japan. To ensure seamless and uninterrupted connectivity between the national disaster management offices (NDMO) of the 10 Asean members, Japan has provided similar IT systems to NDMO of Cambodia, Laos and Myanmar.

The challenge for the AHA centre is ensuring sustainability of cooperation. Disaster operations are time-sensitive and expensive. At stake are the lives of people in disaster-stricken areas. Resource and expertise mobilisation is a standing priority to allow the AHA centre to execute its mandate smoothly.

Asean and Japan share a natural bond given similar experiences in facing natural disasters. Those ties have been reinforced by Japan’s initiative for a comprehensive disaster management cooperation plan covering utilisation of satellites for disaster management to develop early warning systems for remote, poor areas across Asean.

For its part, Asean continues working out technical preparations and operational guidance relating to disaster preparedness and responses, as stipulated by the AADMER.

A combination of the above proves effective in bringing about tangible and quick actions that benefit people. This raises hope that a people-oriented, disaster-resilient Asean community is indeed in the pipeline.

Asean will need more success stories and conclusive proof in its community-building endeavours. Its success in regional disaster management can hopefully be a catalyst for other areas being pursued.

AKP Mochtan is director of the Japan-Asean Integration Fund management team at the Asean Secretariat.

via Towards a disaster resilient Asean – The Nation.

Thailand now has the best warning system in Southeast Asia, eight years after the Andaman coast was ravaged by a devastating tsunami on Boxing Day in 2004.

Before monstrous waves hit Thai shores and killed over 8,000 people in six provinces along the southern coast, no one knew the tsunami was coming.

All that will change with the early alert system and instruments installed by the National Disaster Warning Centre (NDWC) along the Andaman coast over the past eight years, backed by necessary regulations.

Now, ample time for evacuation is assured with streamlined regulations, in a bid to save lives.

The devastating waves killed 5,395 people – many of them foreign tourists – with another 2,817 people swept away or lost. Over 58,550 people were affected, including 1,480 children who lost one or both parents.

“Within two minutes (after tsunami waves start to form), we can now calculate the speed and know exactly when they will reach the shore. Messages could be sent out immediately after the calculation,” Captain Song Ekmahachai, chief of the NDWC’s Disaster Warning and Dissemination Division, told The Nation in an exclusive interview.

He said alerts could be sent to the public within 15 minutes via satellite and warning towers.

To prevent another disaster from an earthquake-driven tsunami, the NDWC has set up 136 warning towers and three tsunami-detection buoys in the Andaman Sea – one near the coast and two others in the deep sea. When an abnormal tidal wave is detected, the buoys send data to the NDWC via satellite, where staff members work around the clock to monitor updates on computer screens. Many will miss the opportunity to celebrate New Year and other festivals.

The centre then double-checks data with the Thai Meteorological Department, the United States Geological Survey (USGS), the World Meteorological Organisation (WMO), and other authorised disaster monitoring agencies to confirm the occurrence.

Upon confirmation, the centre calculates the wave direction and expected arrival time. This can be completed in two minutes, allowing the centre to send out correct warning messages to the public via satellite and warning towers.

Messages will be sent to the media and related agencies via 16 fax machines, 8 hotlines, hundreds of radio stations, and dozens of television stations.

The centre has the capacity to send short messages to 90 million mobile phones, but due to budget constraints, it has limited the access to some 15,000 public officials throughout the country.