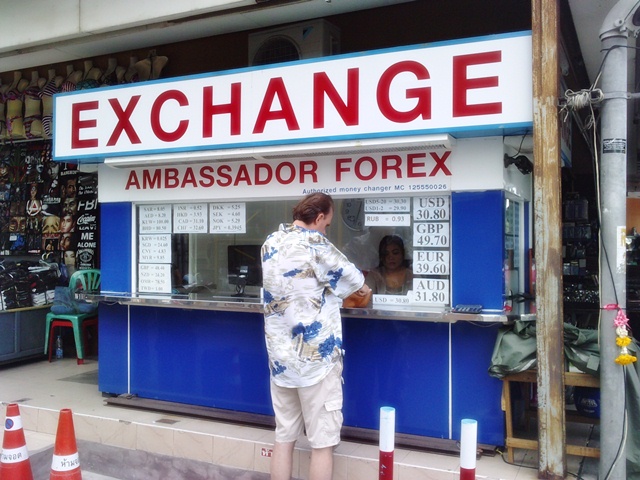 All relevant agencies have been instructed to seek measures to cope with the ongoing appreciation of the baht, which has affected small and medium-sized enterprises (SMEs).

Prime Minister Yingluck Shinawatra on 30 January 2013 called a meeting of economic ministers to discuss ways to deal with the stronger baht.

According to a report from the Bank of Thailand, the appreciation of the baht stemmed from an influx of foreign funds to invest in the Stock Exchange of Thailand and bond markets. The foreign direct investment inflow is likely to be a short-term activity. The central bank is closely monitoring the situation. Precautionary measures have been prepared and will be introduced if necessary.

The meeting shared the view that Thai companies should be encouraged to invest more in foreign countries to help maintain the balance of the Thai currency in the long run. Thai investors invested about eight billion US dollars overseas in 2012. A meeting of economists and financial experts would also be held to discuss whether monetary measures would be necessary or not to deal with the short-term influx of foreign funds. However, there would be no interference in the market mechanism.

The Federation of Thai Industries had submitted a proposal to the Bank of Thailand to help SMEs cope with impacts of the stronger baht. It is confident that the central bank will be able to stabilize the Thai currency. The central bank explained that the baht strength was in line with regional currencies and that it has kept a close watch on the movements of the foreign exchange market.

Since the appreciation of the baht will make Thai products more expensive for overseas buyers, the Bank of Thailand stated that exporters should be provided with more knowledge about the use of payments made in local currencies. Moreover, during the appreciation of the baht, imports of machinery and equipment should be accelerated to create a balance of capital outflows and inflows. The Government plans to invest in major infrastructure development, which will require imports of both machinery and equipment for many projects.

via Inside Thailand — Government Accelerating Efforts to Cope with Appreciation of the Baht.

Thailand’s veteran economist Virabongsa Ramangkura has warned the public to be on alert for an influx of foreign capital which may result in a financial bubble and spread to the real estate sector.

Speaking on the “Direction of Thai Economy in 2013” on Wednesday, the former finance minister called on the Bank of Thailand (BoT) to reduce the policy interest rate from 2.75 per cent to 0.75-1 per cent to stop speculative and profit-taking activity by foreign investors.

The BoT, he said, must find measures to block foreign capital without affecting the market mechanism.

“Though I’m chairman of the BoT board, we cannot discuss this issue. If the BoT maintains the interest variance as it is, capital inflow will continue and bubble will be inevitable in the stock and property markets,” Dr Virabongsa said.

“Thailand may encounter an economic crisis like the situation in 1995-1997. Higher interest rates will make things worse as unstoppable capital will flow into the country while the appreciating Thai baht will have a negative impact on exports and eventually lead to an economic flop.”

The former finance minister said some exporters will be in trouble if the BoT lets the Thai baht strengthen to Bt29 against the US dollar and some may have to close their businesses if it appreciates to Bt28 against the dollar.