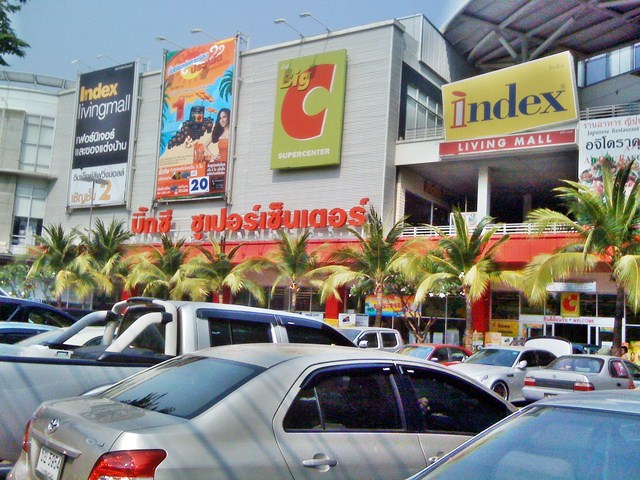 According to Thai Government official website, the Thai economy has enjoyed healthy growth and the Government is accelerating efforts to restore investor confidence and attract more investors.

Speaking in the weekly program “Yingluck Government Meets the People” on 9 February 2013, Prime Minister Yingluck Shinawatra wants to see 2013 a year of prosperity for Thai people and a year of creating confidence in Thailand.

She said that following the flood crisis in late 2011, the country’s economic figures have been showing positive trends, which reflect the improvement in the Thai economy, on the whole. For instance, the people’s purchasing power is on the rise and more spending has been seen among the public in both Bangkok and the provinces.

Among the government measures are the 300-baht minimum wage hike nationwide and the new minimum monthly salary of 15,000 baht for state officials with a bachelor’s degree.

Concerning investment, Prime Minister Yingluck quoted statistics, compiled by the Board of Investment, revealing that Thailand’s investment value in 2012 reached 1.4 trillion baht, an increase from 700 billion baht in the previous year. Many foreign countries have also announced their preparations for investment expansion in Thailand.

Michelin, Alstom and Honda among new foreign investors for 2013

She revealed that France-based Michelin Company had decided to increase its investment in Thailand by 3.5 billion baht. Alstom, a leading global company, will also invest in building a power plant here.

Honda Motor, whose factory in Ayutthaya had been affected by severe floods in 2011, reaffirmed its readiness to invest about 17 billion baht in building a plant in Prachin Buri province. Its vehicle sales in Thailand in 2012 reached a new record, and the company intends to expand its production base here for exports.

The Prime Minister said that the investment expansion plans indicated that various foreign investors remained confident in Thailand. Apart from labor skills that have encouraged them to expand investment here, the Government’s promotion measures have also led to a favorable investment atmosphere. She said that many projects and policies had been announced to prepare Thailand for the soon-to-be ASEAN Community, as well.

Even so, she said, Thailand must not be complacent, as the country’s economy should continue with sustainable growth and stability.

The Prime Minister said that what the Government wants to see is investment flow into the real sector and the sectors where Thailand has potential. This would enable the country to grow on a sustainable basis and with stability.

As for the Government’s 2.2-trillion-baht investment plan on infrastructure development, she said, many countries have shown interest in the plan. The Government would explain its policy to the public, as well as to the transport and industrial sectors, in order to create better understanding about the plan, which aims to stimulate the economy, reduce production costs, and distribute wealth to the regional areas of the country. Inside Thailand — Positive Trends for Thailand’s Economic and Investment Growth

Thailand move toward the ASEAN Community

The former Deputy Minister of Foreign Affairs of Viet Nam, Mr. Le Luong Minh, replaced Mr. Surin. In the Ceremony for the Transfer of Office of the ASEAN Secretary-General at the ASEAN Secretariat in Jakarta, Indonesia, Mr. Surin emphasized the implementation of the Initiative for ASEAN Integration, saying that there are gaps in development among and between the ASEAN member states. He stressed the need for ASEAN to build a strong foundation to stand on by reducing the development gaps of ASEAN members, and to recognize innovative ideas, such as the Lao Pilot Project, to address development capacity at the national level.

In the next decade, Mr. Surin said, ASEAN will continue to witness great shifts in the power dynamics and trade flows in Asia that will affect everyone in the region. The regional environment will become more challenging. With these tests to its unity and solidarity, ASEAN will need to do more to retain its centrality.

He pointed out that ASEAN is the new growth center of global commerce. So it must manage the strategic bonds between this region and beyond. Mr. Surin urged ASEAN member states to do more in order to strengthen mutual trust, resilience, and political convergence for peace, development, and stability.

He said that ASEAN must continue to sustain dialogue among the world’s great powers to keep the peace. Its community-building must be accelerated, and ASEAN needs more and more resources to develop its cooperation around the world. In addition, he called on ASEAN to build an ASEAN community based on the values of freedom, democracy, human rights, human dignity, and human security.

The ASEAN Secretariat has worked hard to build a global profile for the ASEAN region. It will continue to play an active role in supporting and coordinating with member states to facilitate and drive the establishment of the ASEAN Community.

Thailand to Cope with stonger Baht

The Thai baht rose to 33.94 baht per USD, a record high in the past two years after the Bank of Thailand (BOT) decided not to take measures to stop the rise of the domestic currency. END_OF_DOCUMENT_TOKEN_TO_BE_REPLACED