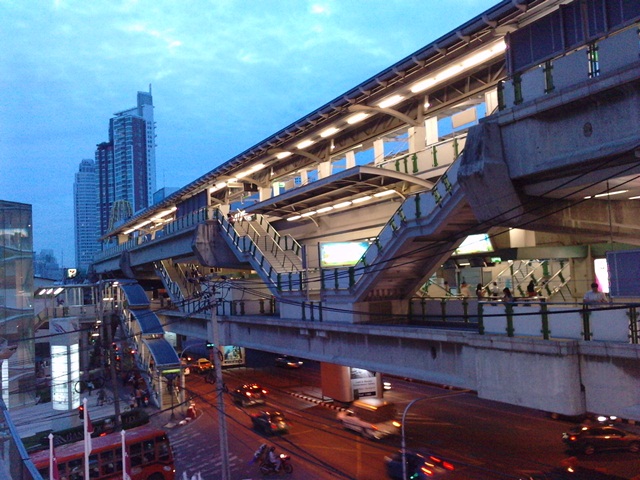 The instruction was made by Prime Minister Yingluck Shinawatra at a meeting of permanent secretaries of all ministries at the Ministry of Justice on 27 May 2013. Since Thailand is moving toward the ASEAN Community, the Prime Minister called for an emphasis on the AEC pillar in the initial stage.

The AEC will establish ASEAN as a single market and production base making ASEAN more dynamic and competitive.

The free movement of skilled labor under the ASEAN Economic Community framework consists of two types – trade and services under the ASEAN Framework Agreement on Services including the natural flow of commerce and investment, and the movement of professional-level labor in accordance with the Mutual Recognition Arrangements (MRAs).

Under MRAs, ASEAN members have agreed on the free flow of professional-level labor in seven fields

namely engineering, architectural, surveying, nursing, medical, dental, and accounting services. For the tourism industry, skilled workers must register their profession, or obtain job certification, or pass specific job tests of the host nation. They must also obtain a work permit from the host country and comply with related rules and regulations.

The Permanent Secretary for Labor said that the research study indicates that greater competition would be seen in the wake of the free flow of skilled labor. Thai workers are service-minded and can quickly adjust to the new situation. The English-language proficiency of Thai workers is a weakness that needs to be addressed quickly, as well as skills in information technology.

It will facilitate the travel of foreign professionals to work in Thailand, and greater competition will enhance the potential of Thai skilled labor. The challenge is that Thai workers might lose their jobs to foreign workers. More Thai professionals will go to work in foreign countries, as well.

The Strategy for Human Development toward a Sustainable Lifelong Learning Society under the 11th National Economic and Social Development Plan (2012-2016) seeks to develop the quality of the Thai population at every age to enable them to compete in ASEAN and the world markets, as well as to utilize the free flow of labor force in ASEAN in 2015 as the driving force for continuous and sustainable economic growth.

The highly skilled labor of the seven professions will be developed through short-term training to raise awareness of changes that will be both opportunities and threats. It has been suggested that Thai skilled workers should have the opportunity to develop their capacity for working abroad by learning professional and language skills.

The Prime Minister told the Ministry of Commerce to study impacts of AEC on each Thai product and Thailand’s strengths and weaknesses, when compared to other ASEAN partners. The study should also place an emphasis on the changing tax structure.

At the same time, the Prime Minister assigned the Office of the National Economic and Social Development Board to coordinate the implementation of the ASEAN plans by all ministries. A meeting will be held later this year to follow up on progress of the implementation of the ASEAN plans. The Prime Minister stated that a major exhibition on ASEAN would be organized, as well, in order to provide knowledge and information about ASEAN to the general public.

The ASEAN issue had been included in the national agenda, and all ministries have worked out their ASEAN plans and carried out projects and activities in preparation for the arrival of the 2015 ASEAN Community.

Meanwhile, the Department of International Trade Promotion (DITP) on 27 May 2013 opened the AEC Business Support Center to provide counseling and information services to Thai entrepreneurs wishing to do business with other ASEAN countries. It will also promote ASEAN business networking, seek raw material sources in ASEAN for Thai business people, and encourage them to be proactive in the ASEAN market.

DITP Director-General Srirat Rastapana said that, apart from the AEC Business Support Center, the “DITP AEC Club” had also been launched as a center for the gathering of Thai business people to exchange views and experience on businesses in AEC and obtain useful information. Members of the club will be invited to participate in various activities organized by DITP, so that they will be able to keep pace with the realization of the ASEAN Community and global trends.

Thai exports to the ASEAN market amounted to more than 56 billion US dollars in 2012, with a market share of 25 percent. The amount is likely to increase when ASEAN becomes a single market and production base.

Related Topics:aecfree-tradework permit
Up Next