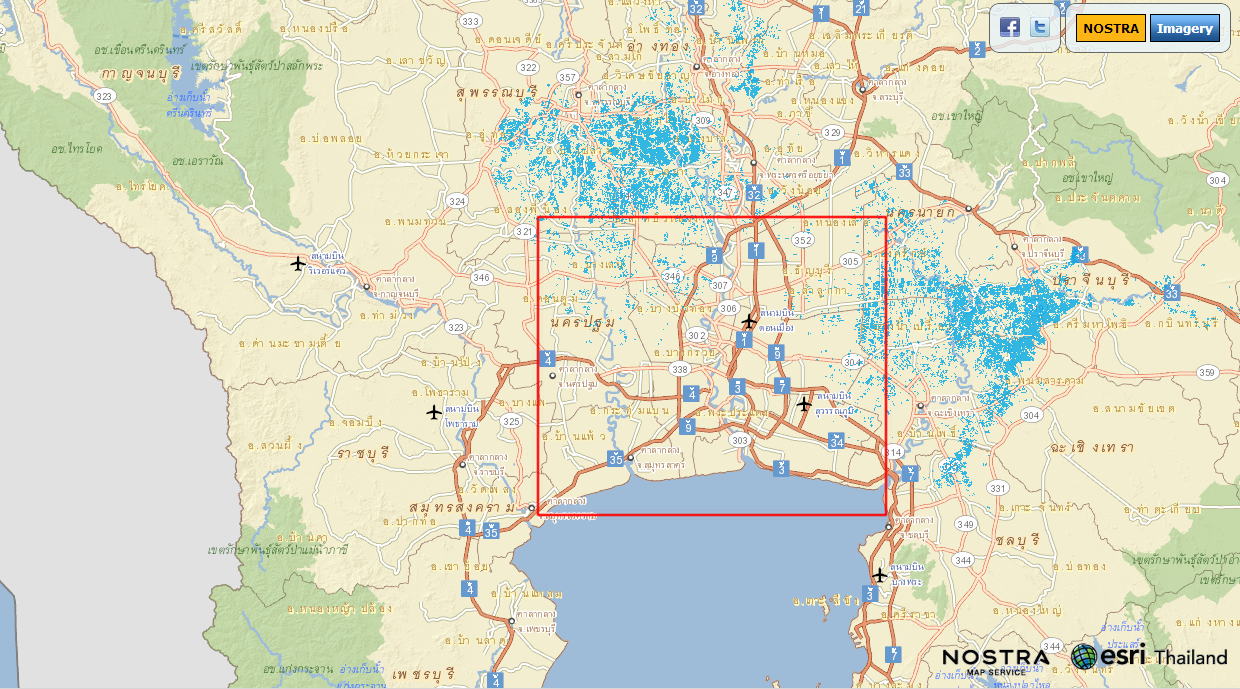 So this time the government has everything under control : rest assured, the flooding 2.0 will not put the whole country belly up like in 2011. But the governor of Bangkok has a different opinion, and warned that certain area in the capital might be under two meters of water. Sounds familiar ?

The flooding of 2013 may not be as serious as those in 2011, due to intense governmental preparation, but the verbal preparation of the authorities still need improvements.

So is this the moment to rush to the nearest BigC to have your minivan packed with mineral water ? Not yet.

In those pictures taken from http://www.gistda.or.th/gistda_n/ that we have put together, it appears that the levels of flooding now are still way beyond what happened during October 2011. Thus the chances of having Don Mueang  slightly under the weather, and clearly under the water, are thin.

Comparison of pictures  of Thailand taken now and two years ago, shows that the level of flooding is much lower in 2013.

The Thai baht rose to 33.94 baht per USD, a record high in the past two years after the Bank of Thailand (BOT) decided not to take measures to stop the rise of the domestic currency. END_OF_DOCUMENT_TOKEN_TO_BE_REPLACED