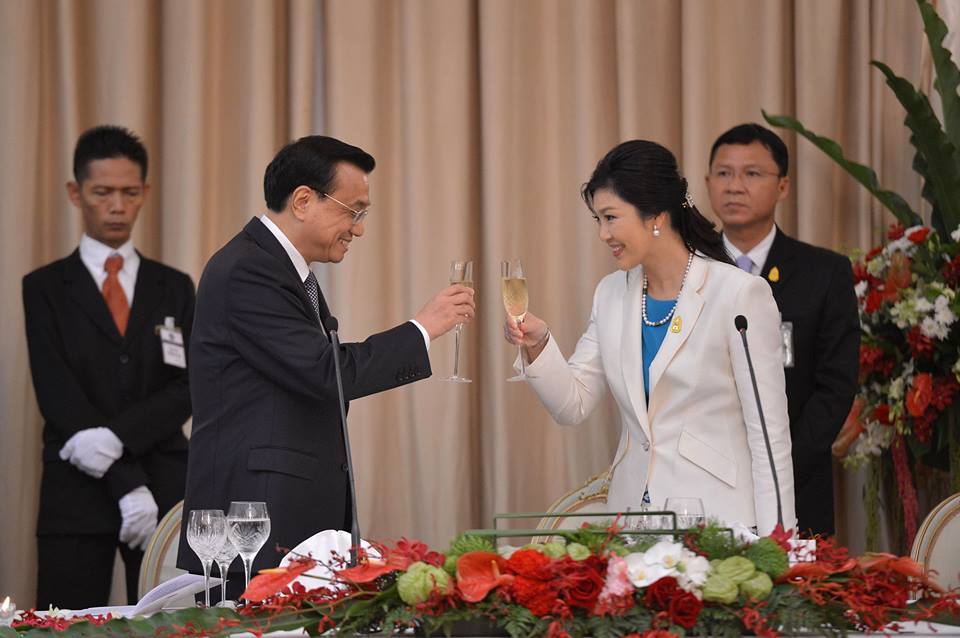 Moreover, China would buy 200,000 tonnes of rubber from Thailand annually, she said.

Ms Yingluck said the revised agreement on government-to-government purchase of agricultural produce from Thailand was promised by Chinese Prime Minister Li Keqiang during his three-day visit to Thailand.

She said the purchase would not include rice contracts negotiated by the Thai private sector.

Deputy Prime Minister/Commerce Minister Niwatthamrong Boonsongpaisarn and Transport Minister Chatchart Suthiphan were assigned to conclude the purchases with China on the rice and rubber sales from Thailand, she said.

Regarding recent criticism by former deputy prime minister Pridiyathorn Devakula against the government’s rice pledging scheme, Ms Yingluck said the government would be willing to listen to information from all parties and is ready to explain it to the public. (MCOT online news)

via China to buy huge volumes of rice, rubber from Thailand | MCOT.net | MCOT.net.

Both countries will raise the issue of boosting agricultural trade for discussion at a meeting of the China-Thailand Joint Committee on Economic and Trade Cooperation, to be held later this year.

Mr. Li Keqiang, Premier of the State Council of the People’s Republic of China, held talks with Prime Minister Yingluck Shinawatra during his official visit to Thailand on 11-13 October 2013. He also addressed at Thailand’s Parliament.

On this occasion, Thailand urged Chinese investors to set up factories here that use agricultural goods as raw materials, such as those involved with rubber, tapioca, and oil palm processing. China was also urged to be a broker in the Agricultural Futures Exchange of Thailand.

A proposal was made for the establishment of a bank to accept payment in Yuan in order to facilitate trading and other transactions in Thailand. The central banks of both countries will be asked to hold further consultations on this proposal.

The Chinese Premier said that China will import one million tons of Thai rice within the next five years and that it would also import more rubber from Thailand. Thailand and China will boost bilateral trade to achieve the target of 100 billion US dollars by 2015

Thailand is one of the favorite destinations for Chinese tourists

In the first five months of 2013, about two million Chinese visited Thailand. He also proposed visa exemption for holders of Thai passports to facilitate the travel of Thai people to China. Officials of both countries will later discuss visa exemption between the two countries. Thailand requested to open an office of consul-general in Qingdao, while China asked for the opening of its consulate in Phuket province.

Both Thailand and China agreed to conduct jointly a feasibility study on the construction of a high-speed train system on the Bangkok-Nong Khai route. Thailand supports China’s proposal for the establishment of a bank for infrastructure development in Asia. They would ask relevant ministers to hold discussions on transportation links between Thailand, China, Laos, and Vietnam in order to enhance connectivity between China and Southeast Asia.

Private sector representatives in the two countries signed two documents, one on the MOU on rice trade between the Thai Rice Exporters’ Association and China’s COFLO Corporation, and the other on the financial framework agreement between Country Group Development and Beijing Construction Engineering Group.