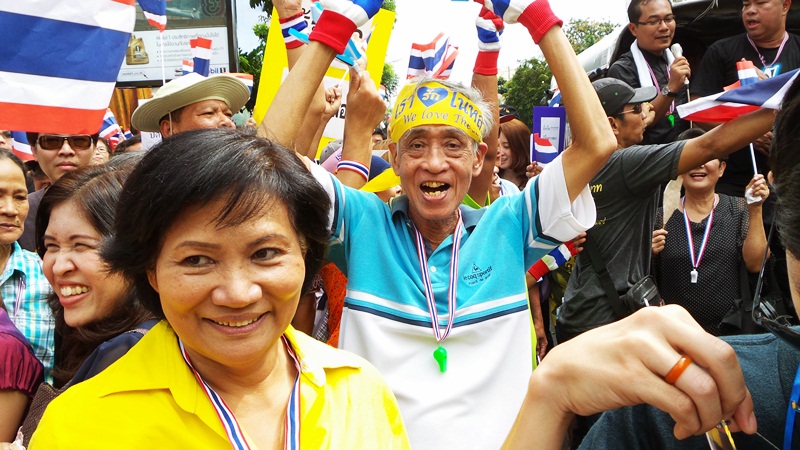 Several government agencies and business groups, including the Bank of Thailand, have warned of possible consequences of political turmoil and leadership vacuum on Thailand’s growth.

A sharp drop in exports also reflected that future purchasing power has not recovered, while auto sales volume which did not reach the targeted 2.55 million units partly indicated why the economy would expand at less than 3 per cent.

Mr Payungsak said foreign investors have slowed their investments in the country since September. He is worried that the economic impact could last until next year’s first quarter. If the situation is prolonged, foreign investments could shift to other countries such as Indonesia.

Meanwhile, Asia Plus Securities CEO Kongkiat Opaswongkarn spoke at an economic seminar in Bangkok, saying that Thailand’s economy this year was predicted to grow at 2.9 per cent, while it will likely to expand at 4 per cent next year thanks to political instability.

He said foreign investors had brought Bt320 billion to invest in Thailand but the past year has seen foreign capital flow out of the country as high as Bt200 billion as a result of political problems, which Mr Kongkiat believed would affect the country’s economy until the first half of next year despite the Feb-2 general election.

Political turmoil and a leadership vacuum will pose a long-term and severe impact on the Thai economy, the Bank of Thailand (BoT) warned.

Without an administrative body to take charge of the economy and economic policy, the entire system will be in trouble, resulting in a slowdown, he said. He said monetary policy will help stimulate the economy but at a smaller scale and it would not be as effective as the government’s economic policy.

If necessary, monetary policy is capable of cushioning the economy only on a temporary basis, he explained.

BoT spokeswoman Rung Mallikamas said Thailand’s economic growth next year should not be less than 0.5 per cent thanks to strengthened global economy which will contribute to the country’s export expansion. She said the Money Policy Committee (MPC), in its meeting on November 27, projected a gross domestic product growth at 4 per cent without an anticipation of a House dissolution.

The economic situation has become more volatile, compelling the MPC to review Thailand’s 2014 economic forecast in its meeting late next month, she said.

She said a delay in the state’s investment projects, pending a new government, will not have an impact on the MPC’s economic projection since it has already scaled down investment funding for various major projects. (MCOT online news)