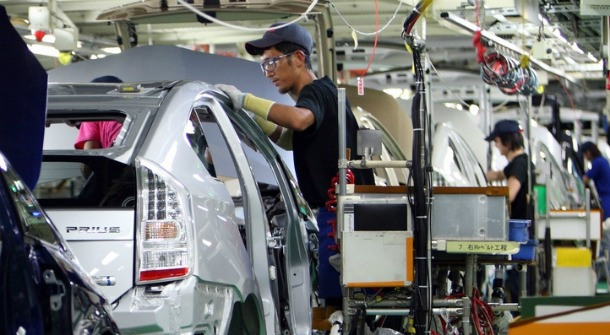 The Bank of Thailand has slashed GDP growth figures to only 2.7 for the country and it is expected that a further reduction will happen unless a new government comes into power.

Thus follows on the results of the recent elections which have been ruled void. Paiboon Kittisrikangwon, the Deputy Director for Monetary Policy for the Bank of Thailand, stated today that the county’s GDP growth projections will be reduced to 2.7 which is lower than the 3 previously projected.

He also stated that a further reduction might be in the cards as a result of the Constitutional Court’s ruling that the February 2 elections were void thus making the likelihood of setting up a new government unlikely.

He goes on to say that local consumption figures have also dropped and this taken alongside the reduction in private sector investment of 0.5 percent will dramatically affect the country.

Furthermore, the delay in the formulation of the 2015 budget which has fallen behind by a quarter as a result of the dissolution of parliament as well as the drop in investments for irrigation projects – to only 1.2 billion Baht; and basic infrastructure projects – to only 1.7 billion Baht; will adversely affect GDP growth projections. Only national exports are showing signs of improvement following along global economic recovery and are expected to grow about 4.5 percent.

As for the overall economic outlook for the country in the year 2015, signs are quite promising that the economy will return to its normal growth number of 4.5 percent. This is a result of projected improved consumption and investments from the private sector as well as the projected increase in national exports by 7.7 percent.

with forecast that it will be in the red throughout the year, though the Office of the Industrial Economics predicts better outlooks for the Thai industrial sector next year.

Director of the Office of the Industrial Economics, Me Somchai Hanhirun, reported a shrink of 10.6 percent for industrial sentiment index following slow recovery of the world economy and less domestic consumption. Auto production this year is also on a decline.

For the first 11 months of this year, he said, the industrial sentiment index had fallen 2.9 percent and it could plunge further 6-7 percent in December which will result in a growth of minus 3 percent this year.

But he was optimistic that the country will see a growth of 2 percent next year.

Thailand’s political instability prompted sales of automobiles in February to fall by 44.8 per cent year-on-year, according to the Federation of Thai Industries (FTI).

FTI’s Automotive Industry Club Deputy Chairman, Surapong Paisitpattanapong said Monday that the country produced a total of 173,506 automobile units in February, a year-on-year decrease of 24.3 per cent due to the end of the government’s First Car Buyer Scheme, continuing political instability and struggled economy, with household debt remaining high.

Mr Surapong reported that the country saw a boost of total automobile production in February of 6.67 per cent more than the previous month, while the total units produced during the first two months of 2014 was 336,158, a decrease of 27.74 per cent year-on-year.

Meanwhile, only 71,680 automobile units were sold in February, a decline of 44.8 per cent year-on-year, following completion of the delivery of automobiles purchased under the First Car Buyer Scheme.

The figure, however, rose from January by 4.63 per cent despite the country’s slow economy and ongoing political crisis.

Sales figures during the first two months of 2014 were recorded at 140,188 units, a year-on-year decline of 45.2 per cent. However, the Bangkok International Motor Show starting today through April 6 is expected to boost sales figures for April.

Mr Surapong also reported that Thailand exported 176,196 cars, or 96.5 per cent of the total car produced for exports during the first two months of 2014. The figure shrank slightly by 3.02 per cent but the export value went up 1.94 per cent to Bt83.4 billion.

However, Thailand is projected to manufacture 2.4 million vehicles throughout this year, down 2.32 per cent, or 57,057 units down from the 2.45 million units produced last year. (MCOT online news)