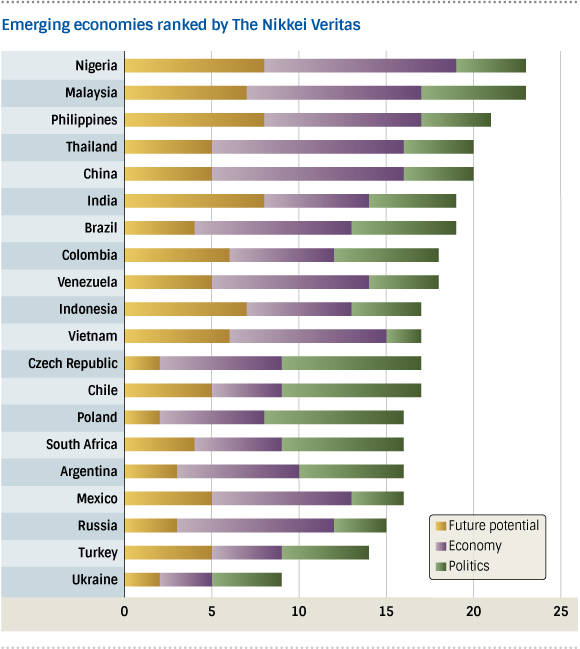 Of the top 10 countries that will increase their global economic influence, over half are Asian markets, namely Thailand, China, India, Japan, Hong Kong, Singapore, and Indonesia.

These markets are also in the region with highest growing influential power, overtaking previous market leaders such as the US, Brazil and Germany.

According to the survey, the West is looking into developing markets like India and Brazil, while the East is looking to Japan and China to increase their global economic influence in the future.

In addition, leaders, no matter their market, are keen to receive more information on Asia including its emerging opportunities. They are excited about Asia’s economic prospects and they need more guidance. They are looking for more clarity in details, and all leaders have concerns about Asia.

Western media is relied upon by 79% of leaders in the West while only 44% of the Eastern leaders, almost half, still rely on Western media for information on Asia. All leaders surveyed, though, said they had issues with this media. For instance, those form the West, especially older (ages 45-64), believe they do not have all the information needed to take advantage of opportunities in Asia.

Looking at business media overall, there seems to a solid level of opinion articles or columns in the publications, but business leaders, Westerners especially, feel like they need more insight into individual countries. Both Eastern and Western leaders don’t fully trust international or western media. However, regardless of the sources of media, all believe that receiving more information on the Asian markets and its opportunities is of high importance.

The research found that local leaders still have an advantage doing business in their own country, 65% of the East believes leaders from their own country are stronger, though the West is more open to alternatives. Asian leaders are more likely to believe their future partners and customers will come from Asia. They also see the most growth potential in their own region.

While open to international leadership, 50% of Western business leaders believe it would be difficult to recruit the right person to work as an Asian manager in local markets. Western leaders are concerned about hiring locally and even Eastern leaders have reservations about universities in Asia.

Regarding education, 62% of the East believes Western (European and North American) business schools offer students a better level of education than their own business schools, and this is even higher amongst the younger generations as they are starting to shift perceptions.

In contrast, only 24% of the East is confident their own business schools will develop the future leaders of Asian Business. It is important for the entire region to develop for the success of their businesses. Still, there is a trend pointing towards Western schools – believing they offer a better education and will produce future Asian leaders.

Regardless of leading cities, leaders believe economic growth is dependent on individual countries and the region – 2 in 3 see the need for a regional drive while there is a similar trend for Western markets to focus on both country and region.

It is clear that a strong majority of Eastern leaders believe Asia has different needs than the West.

They believe economic development must be adapted to the unique local needs of this part of the world.