Thailand’s economic growth rate (GDP) for the whole year in 2015 will be 3.5 percent compared to last year’s 0.9 percent, according to the latest forecast of the World Bank.

Due to lower competitiveness, the World Bank pointed out that Thai exports which grew by an average of 13 percent per annum during 2006 and 2011 started to contract since 2012. The share of Thai exports in the world’s export market also contracted accordingly.

Earlier this week The Bank of Thailand has readjusted its projection for economic growth to below 3.8% as a result of faltering exports, slow and fragile recovery of Thai economy.

Mr Zakao, however, said that Thailand could regain its competitiveness if the Thai labour’s skills and productivity are increased.

While access to education among Thai children and youths has increased substantially for the past 25 years when only 10 percent of them had access to secondary education compared to 70 percent today, he suggested that the quality of the Thai education should also be improved as well.

Thailand has reported its fifth straight month of deflation, its longest run since the global financial crisis, reported today the Financial Times.

Thai consumer prices fell 1.27 per cent year on year in May, exceeding consensus expectations and deepening the rate of decline from the 1.04 per cent figure reported a month earlier.

Few countries are expected to see a significant rise in the level of real salary increases in 2021, but there are exceptions to this within the Asia Pacific region 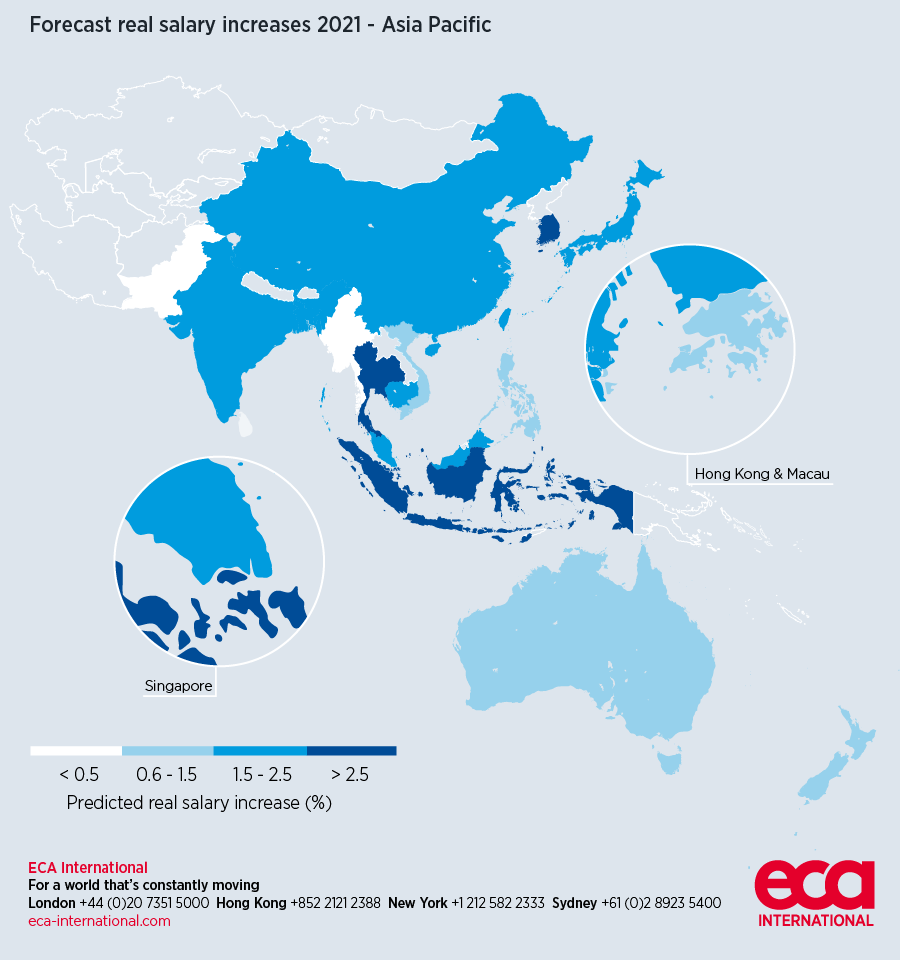 Thailand and Singapore are joint-second place in the Asia Pacific rankings for real salary increases.