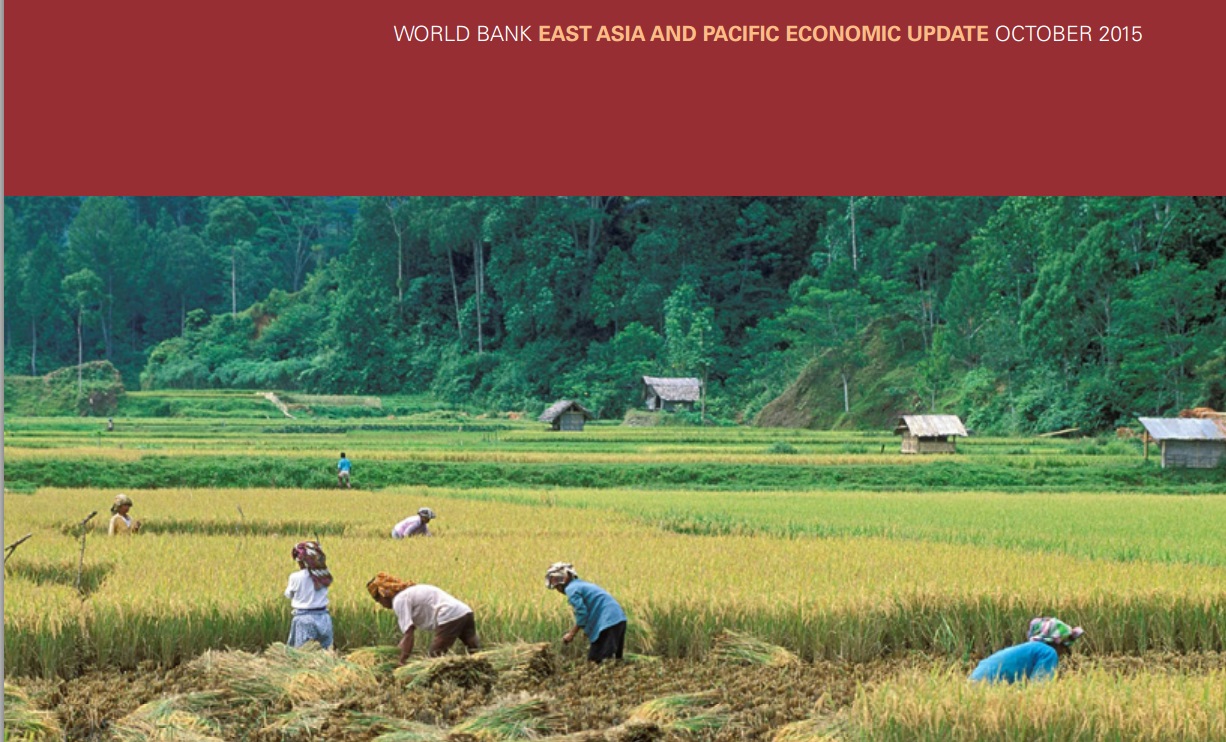 The World Bank has cut Thailand’s economic growth forecast for 2015 to 2.5% from 3.5%, the lowest in the East Asia and Pacific region.

says the World Bank in its latest regional report

Thailand has the lowest GDP growth forecast (2.5%) among Asean countries where growth prevision is set at 4.3% for 2015.

Earlier last month, Thailand’s central bank had already decided to again revise downward its economic growth projection for 2015 to 2.7% as a result of weaker-than-expected export performance and private spending.

Aggregate growth in the Association of Southeast Asian Nation (ASEAN) economies will be roughly stable at 4.3 percent in 2015, rising to 4.9 percent by 2017, with increasing support from global growth and export demand, particularly from high-income economies.

Among the large ASEAN economies, growth conditions will be most buoyant in the Philippines and Vietnam. In Indonesia and Malaysia, the outlook for business profits and household incomes is clouded by weak global commodity prices.

In Thailand, uncertainty and economic vulnerabilities will continue to weigh on growth. Most of the smaller economies will see stable or slower growth in 2015, before picking up again.

In Thailand, growth in the first and second quarters was significantly higher than in 2014, but remained far below regional norms, as weak exports and subdued investment continued to dampen activity

Public debt remains moderate in Thailand, but is rising rapidly in Vietnam.

In Thailand, the fiscal deficit was little changed in 2014, at just over 2 percent of GDP. Public debt has gradually increased since the global financial crisis, reflecting stimulus spending in 2009; reconstruction spending in response to the devastating floods of 2011; and slow growth since early 2013, as manufacturing output fell, exports weakened, and tourist arrivals slowed. However, public debt levels remain moderate, at 30.1 percent of GDP (2014).

Some economies would experience a significant impact through tourism

Tourism from China to the region has expanded substantially in recent years. A sharp downturn could reduce both tourist numbers and average expenditure per trip. Among the developing Asian economies, Chinese tourists are particularly important for Cambodia, Malaysia, Thailand, and Vietnam, both as a share of total tourist arrivals and in terms of tourism receipts relative to GDP (Figure I.B.4). For instance, China accounts for 18 percent of all tourists visiting Thailand, and over 2 percent of GDP in tourism revenues.