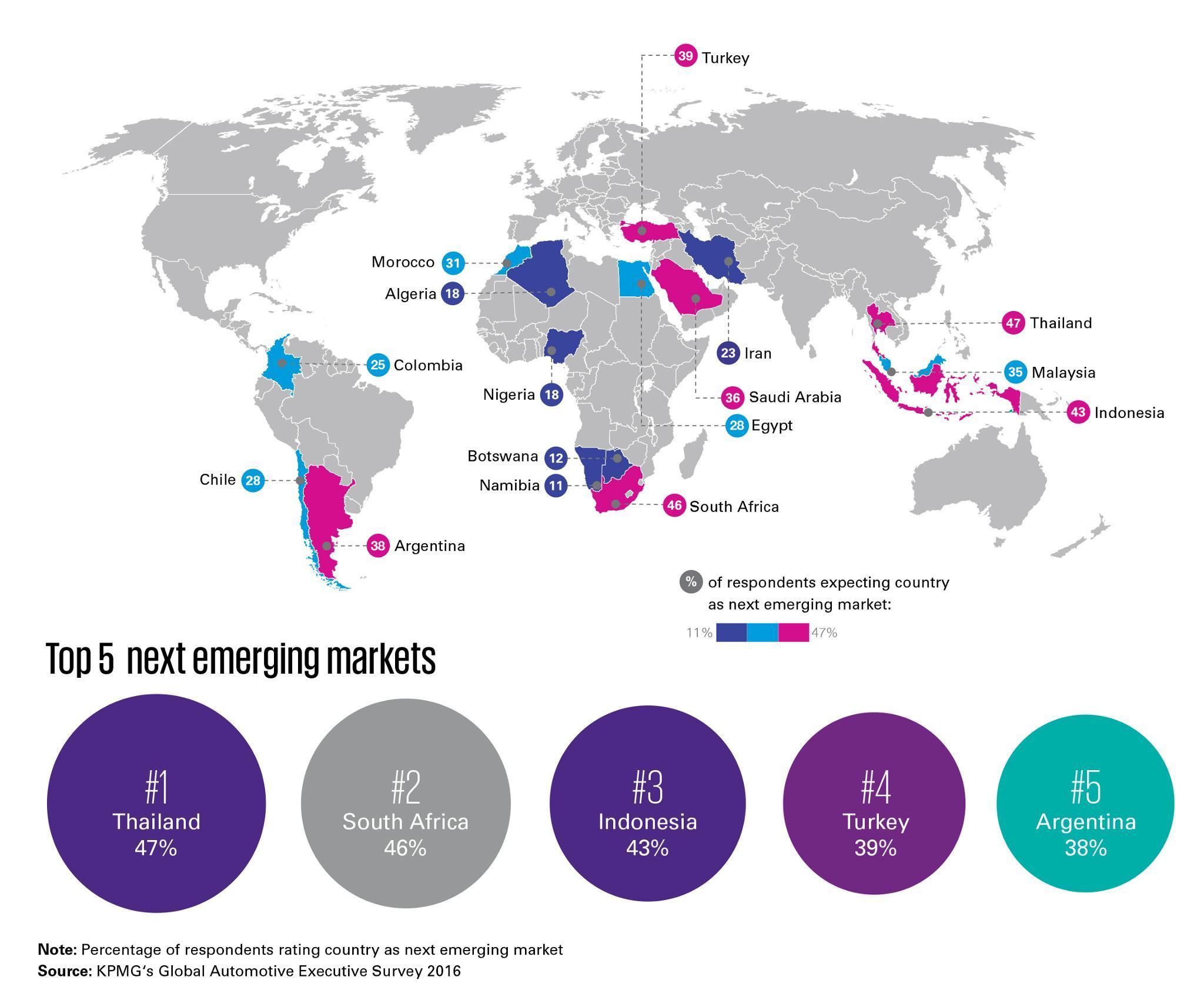 KPMG ‘s latest auto industry survey shows that auto executives have fully embraced connectivity and digitalization and ranked it as the overarching key trend disrupting the auto industry until 2025.

Ranked #10 in our 2015 survey, executives have moved connectivity up to #1 this year, with half of them rating it as extremely important.

For the last three years, the top concern was growth in emerging markets, which has now dropped to #4.

The aftermath of the ‘dieselgate’ scandal of unreliable emission test results from autumn 2015, alongside the increased importance of alternative drivetrains, is shown in the results: the formerly high-ranked trend of downsizing internal combustion engines has dropped from #2 in 2015 to #10 in 2016.

The surveyed executives also give more importance to autonomous and self-driving vehicles than one or two years before.

Beyond that, the results reflect that executives recognize that vehicle or customer related data will be a crucial success factor for the coming years in the automotive industry. More than 40 percent estimate big data/user data as a very important key trend.

Generally, the ranking of this year’s key trends reflects that the auto industry is moving its focus increasingly towards the customer needs, rather than traditionally product and technology-led internal concerns, as the trend of rationalization of production in Western Europe dropped from #4 in 2015 to #11 in this year’s survey.

The Thai baht rose to 33.94 baht per USD, a record high in the past two years after the Bank of Thailand (BOT) decided not to take measures to stop the rise of the domestic currency. END_OF_DOCUMENT_TOKEN_TO_BE_REPLACED