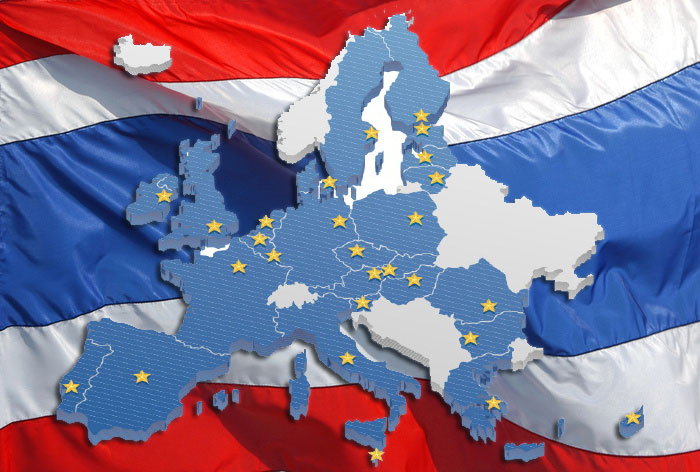 Thailand suffered a military coup in May 2014 – overthrowing the democratically-elected government of Yingluck Shinawatra after months of street protests, just as the second-largest economy in ASEAN was about to sign a Free Trade Agreement with the EU.

Since then, the country’s key fishing and fruit industries have also come under the spotlight from Brussels, whilst human rights activists and lawyers allege a crackdown on any dissent to the junta.

As the Royal Thai Army plotted its coup against the democratically-elected government in May 2014, Thailand was the second largest economy in ASEAN, and stood on the brink of signing a landmark Free Trade Agreement with the EU.

Now, less than two years later, that FTA has been shelved indefinitely whilst the junta is in power.

The European Commission stands poised to make a decision any day now on banning all Thai fish imports to the EU, an industry worth some $3bln in 2014.

Even military exercises with the US — whilst not cancelled entirely — were downgraded.

Critical as the fishing industry is to Thailand, the decision to freeze negotiations on an FTA whilst the junta is in power is the most damaging.

As EurActiv.com revealed in November, after hopes a swift comprehensive EU-ASEAN FTA faded, the Commission looked around for individual ASEAN nations to sign the first bilateral deals with.