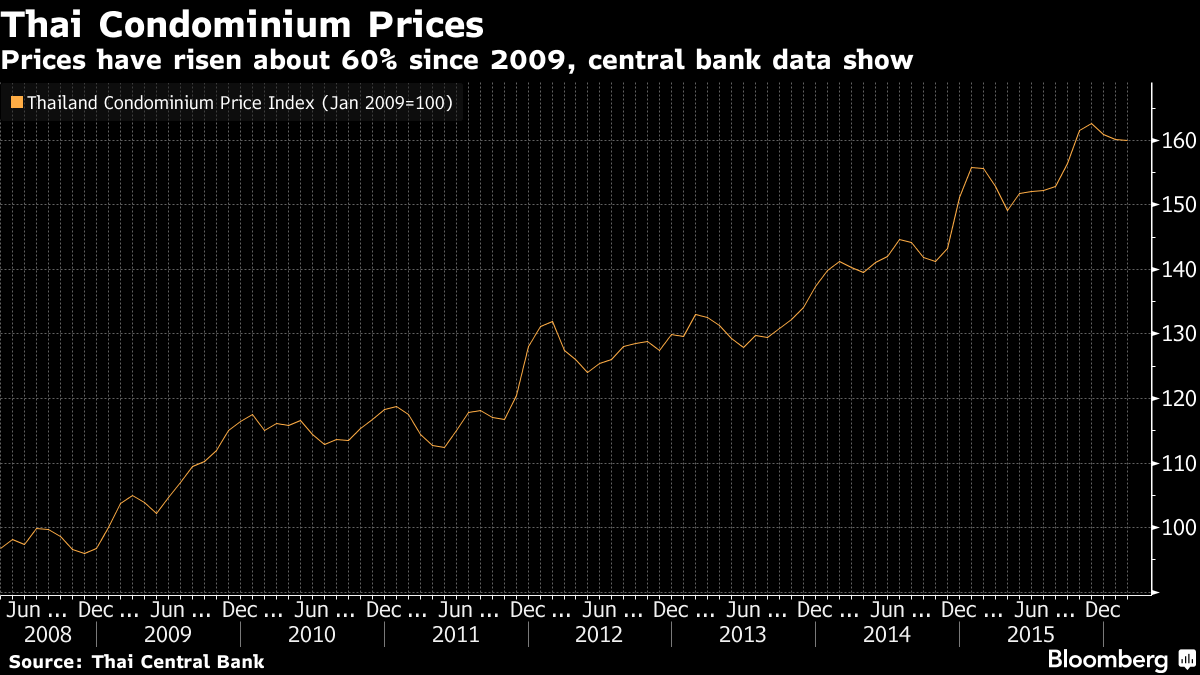 Sansiri Plc, Thailand’s second-largest property developer by sales, plans to attract Japanese investors to its projects in Bangkok as they search for higher-yielding assets.

Demand for Thai condominiums is strong despite external factors such as slowing growth in China, according to Uthai Uthaisangsuk, senior executive vice president of Bangkok-based Sansiri.

“I think Japanese love to have yield,” Uthaisangsuk said in an interview in Tokyo this month.

He said his firm plans to boost sales in Japan this year to $10 million from $2 million a year earlier, about 7 percent of its overseas target for the year.

“Thai property offers the chance to appreciate, and while you’re waiting for the appreciation, you’ve got the yield.”

Japanese investors are looking abroad as yields on about 70 percent of government bonds are below zero amid the central bank’s negative interest-rate policy.

Thailand’s GDP grew by 2.8 percent in the quarter ended December, beating the consensus of analysts surveyed by Bloomberg and helping to push up condominium prices.

The price of condominium units in Bangkok, Nonthaburi and Samut Prakan for the first quarter of this year has increased 4.9 percent compared to the same period last year with the price of mid-range condominium units priced between 80,000-120,000 baht per square metre going up by an average of 5.6 percent.

According to the real estate information centre of the Government Housing Bank, the price of condominium units priced above 120,000 baht per square metre has adjusted up 4.8 percent for the first quarter compared to the same period last year.

However, the price increase rate for the first quarter of this year is still lower than the rate registered in the fourth quarter of last year which averaged 5.1 percent.

The price increase was attributable to the fact that the condominium buildings, especially the upper mid-range, are located in close proximity to mass transit stations.

The price of single houses in Bangkok, Nonthaburi and Samut Prakan for the first quarter increased by an average of 1.7 percent compared to the same period last year.

Bank of Thailand revises growth projection down to 3.1%

The Thai baht rose to 33.94 baht per USD, a record high in the past two years after the Bank of Thailand (BOT) decided not to take measures to stop the rise of the domestic currency. END_OF_DOCUMENT_TOKEN_TO_BE_REPLACED

The world’s six largest pension systems will have a joint shortfall of $224 trillion by 2050, imperiling the incomes of future generations and setting the industrialized world up for the biggest pension crisis in history. END_OF_DOCUMENT_TOKEN_TO_BE_REPLACED