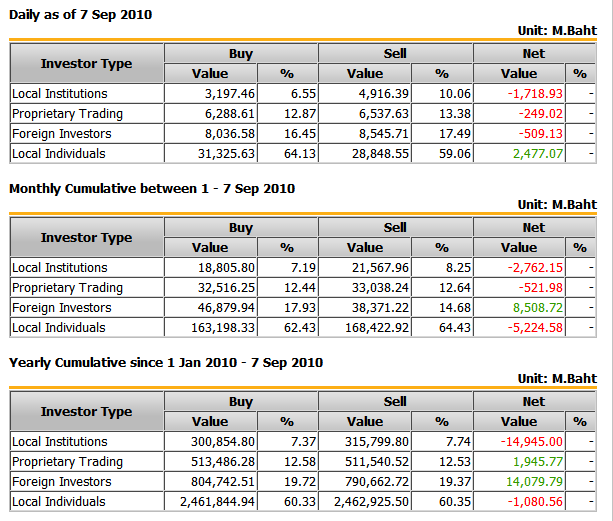 Exchange of Thailand (SET) composite index is likely to reach 1,000 points this year if foreign capital continues flowing into the Thai bourse, according to a top securities executive.

Paiboon Nalintarangkul, chairman of the Federation of Thai Capital Market Organizations, said the recent strong rally of the SET index was boosted by the foreign capital inflow since operating performances of listed companies are sound with an average profit surge of 25 per cent, the highest among stock markets around the world.

He said the index had risen rapidly by more than 200 points within three months, so it is expected the market is almost saturated and could face a profit-taking run at any time.

Since the beginning of the year, foreign investors are net buyers of 14 billions baht in Thailand SET

In the long run, however, Mr Paiboon believed the index would continue to rise because the Thai economy still enjoys a high growth rate, said Mr Paiboon, who is also president of the Securities Analysts Association.

In addition, he said, the Central Administrative Court’s decision to allow most of the suspended investment projects in the Map Ta Phut Industrial Estate to resume operation had restored investor confidence because the investors are able to valuate listed companies appropriately.

As the chairman of FTCMO, he said he would attempt his best to make the federation become more acceptable and reliable like such organisations with the same nature in the economic sector as the Federation of Thai Industries and the Thai Chamber of Commerce.

via SET likely to reach 1,000 due to continued foreign capital inflow.

Today’s circuit breaker, the fifth ever by the SET, is the second this week after the first yesterday, and followed a 2,000-point drop of Dow Jones last night

Concerns over the coronavirus disease 2019 (COVID-19) have strongly impacted investment in stock markets around the world, including Thailand.

The Stock Exchange of Thailand (SET) lost more than 10% today, triggering an automatic suspension off the market during 30 minutes

Thai stock exchange nosedived on Thursday morning after the World Health Orghanization declared a global Covid-19 pandemic and the US banned the entry of travellers from mainland Europe. 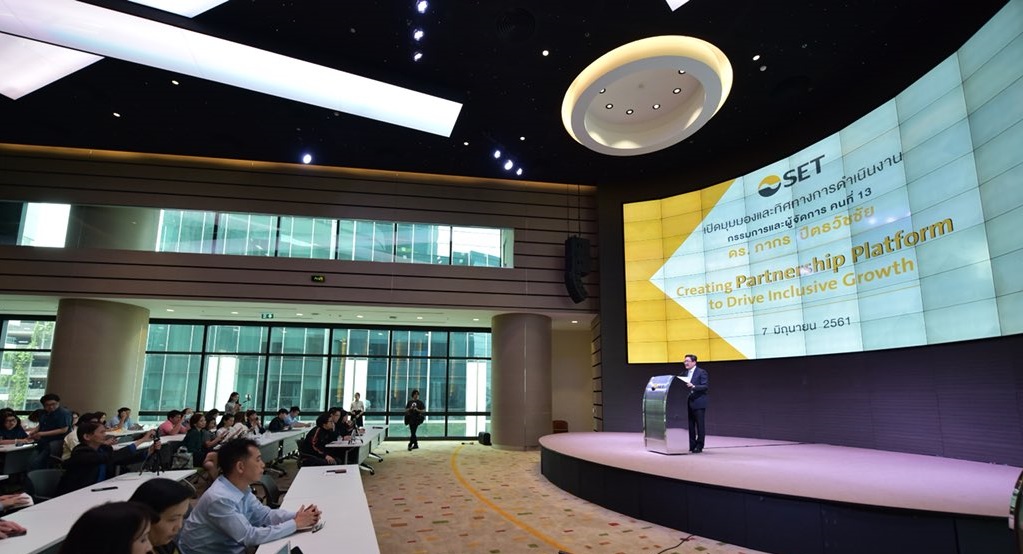 Thailand Futures Exchange gears up for liquidity and quality in 2019 after 31 percent trading volume rise in 2018 and total trading volume surpassed 100 mln contracts in 2018.