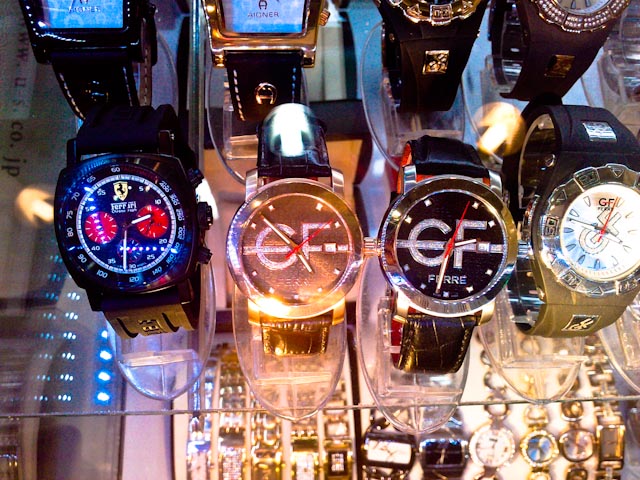 After presiding over the ceremony, Deputy Commerce Minister Alongkorn Ponlaboot said it is the third instance this year of destroying all counterfeit goods, weighing around 90 tonnes in total, with a value accounting to Bt2.2 billion. Among all burnt items, 129,270 pieces were seized by the Economic and Cyber Crime Police Division ECD Police, 40,803 by the Metropolitan Police Bureau, 91,659 by varied Provincial Police Regions, 202,621 by the Thai Customs Department, and 149,021 items from the Special Investigation Department DSI

Alongkorn said the destruction process was environmentally friendly and chemically correct according to a complete system in a cement stove.

The waste of some energy and minerals can be recycled and reused, while non-recyclable waste will be further destroyed with an appropriate method.The deputy commerce minister said the government continues to give serious importance to cracking down and preventing violations of intellectual property rights. Stricter measures to deal with the matter were launched for higher efficiency results.He added the government was confident that the United States will review Thailands status, moving it from being a country on the US governments Priority Watch List PWL to being a country on its Watch List WL.

Disappointed over an unchanged and an improvement from  Washington’s Priority Watch List (PWL), announced recently by the US Trade Representative (USTR), the Commerce Ministry will ask the Royal Thai Police Bureau to more strictly enforcing and suppressing violations of US intellectual property rights in the kingdom, said Deputy Commerce Minister Alongkorn Ponlaboot.

The USTR in its report released on April 30, maintained Thailand on its PWL for 2010 which has been unchanged since 2007 but Mr Alongkorn said an OCR (Out-of-Cycle Review) on Thailand’s status could be conducted within the next six months.

Saying that he was disappointed over the ranking, Mr Alongkorn reiterated that the Thai government has attached importance on intellectual property rights protection and has continuously suppress violators in the past, the government, therefore, plans to write a letter to USTR and enquire about the country’s status which was kept unchanged for 2010.

The e-commerce giant’s executive chairman, Jack Ma, was in Thailand this week and has become the first big name to join Thailand’s plan to upgrade its economy known as Thailand 4.0. END_OF_DOCUMENT_TOKEN_TO_BE_REPLACED

Asia Pacific is an increasingly popular region for travel, according to the Mastercard Global Destinations Cities Index (GDCI) 2017. END_OF_DOCUMENT_TOKEN_TO_BE_REPLACED

According to the National Economic and Social Development Board (NESDB), Thailand’s GDP in Q2/2017 rose 3.7%YOY (compared to the same quarter last year), or 1.3% when seasonally adjusted and compared to the previous quarter. END_OF_DOCUMENT_TOKEN_TO_BE_REPLACED