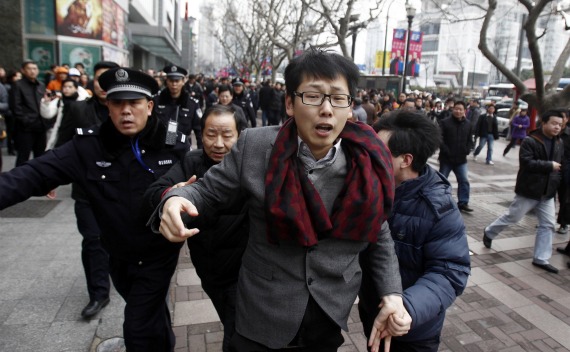 It has been fascinating to watch as Beijing traverses the tricky ground of revolution in the Middle East. Even as the United States is clearly struggling to find its voice on the dramatic changes underway, China’s leadership has found itself caught between the potential advantages that might accrue to the country and the challenges that it may well face.

In the early days of the protests, some Chinese commentators suggested that the U.S. loss would be China’s gain. As Mei Xinyu noted in the Global Times, “There is obvious complementarity between these countries and China. China not only has growing demand for external market and resources but also exports high-quality engineering services. After the pains of political instability, we can realistically expect these countries to seek more extensive cooperation with China in order to reduce their dependence on the West.”

Of course others weighed in with a different voice. A Caixin editorial noted, “Autocracy creates instability; democratic deliberations lead to peace. Support for the replacement of an authoritarian regime would only serve short-term interests. Only the establishment of democratic institutions in the Middle East will form a fundamental basis for long-term stability.”

But the early days are over. Now Beijing faces a different kind of challenge. Muammar al-Qaddafi has resurrected the ghost of June 1989, talking about fighting to the “last drop” of his blood and using the military to crush protestors like the Chinese government did in Tiananmen Square. It’s never pleasant to have others reference your bloody history, particularly when you have yet to come to terms with it.

At the same time, some pro-democracy activists in China have started calling for a series of peaceful protests to be held every Sunday across a number of Chinese cities—a jasmine revolution. The first Sunday of protests fizzled out, but the reaction from the Chinese government was instructive—thousands of armed police massed at the identified protest locations, university students were urged to stay on campus, and known political dissidents were detained.

Thus far, Beijing has surprised no one by its moves to block public mention of Qaddafi’s statements. However, it has surprised many with its agreement to sign on to a UN Security Council statement that discusses the necessity of Libya respecting “freedom of peaceful assembly and of expression, including freedom of the press.” The irony is striking, of course, but no more striking than the writing of Mr. Mei, who notes: “Under pressure from domestic audiences disgusted at the tales of corruption and repression emerging from the aftermath of the regime, the Western powers were forced to abandon their complacent pro-dictatorship stance.” Did he intend the irony?

Can Middle East uprising be an example for Thailand’s Red Shirts ?

An Agenda for United States and Central Asia Relations