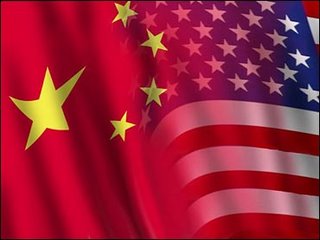 Underlying the strategic competition is China’s economic rise. Its companies are “colonising” swathes of Africa and Latin America, cosying up to regimes Westerners shun. Its huge foreign-exchange holdings and its sniffing of bargains mean Chinese investment in the West will grow rapidly in the coming years. And to cap it all, China owns $800 billion of American government debt—enough to give it power of life and death over the American economy.


Tensions will get worse in the next few years for several reasons. The first is unavoidable: 2012 witnesses important political transitions in the form of elections in Taiwan and America and a Communist Party Congress in China.

An interesting contribution to this debate can be found in  “DC Diary” column in India’s leading financial newspaper, theBusiness Standard.

The Secretary of State told Congress that China is not just competing with the United States around the world but, for all intents and purposes, is eating America’s lunch.

“We are in a competition with China. Take Papua New Guinea: huge energy find … ExxonMobil is producing it. China is in there every day in every way, trying to figure out how it’s going to come in behind us, come under us.”

But how effective is the China model, anyway? And is China’s approach really quite so uniform?

This much is clear:

China’s arrival as trader, investor, lender, and builder is dramatically changing the economic environment around the world because, while Chinese investors are not oblivious to the challenges of doing business in, say, Papua New Guinea or Niger, they have taken on risks where American and Japanese (and Indian) firms have not.

Over the long term, China is likely to displace other, more traditional partners across an array of sectors.

Take Central Asia. Beijing has ended Russia’s near monopsony on Turkmen gas, established eastbound pipeline connections to China for Kazakh oil and Turkmen gas, and negotiated complex transit rights for the latter. But China is not simply eroding Russian economic leverage. It is, too, eroding the economic influence of indigenous elites with close ties to Russian industry while empowering a new stratum.

But how effective is the China model, anyway? And is China’s approach really quite so uniform?

And Chinese preferential loans will, in time, erode the influence of nearly all other international lenders as well, especially the international financial institutions (IFIs).

Beijing’s loans of $10 billion for Kazakhstan, $4 billion for Turkmenistan, more than $603 million for Tajikistan, and a $10 billion loan facility to members of the Shanghai Cooperation Organization through China’s EximBank and other development banks have come without World Bank-style conditionality, although China employs its own forms of conditionality through “buy China” and “employ Chinese” provisions.

So, while China is providing new options to Central Asian governments, it is also assuring new bargaining power that they can leverage in new ways with the IFIs, the U.S., and others.

But Chinese strategies are hardly uniform.  Nor have they proved to be uniformly successful.

View complete article by Evan A. Feigenbaum :
Is China Eating our Lunch?