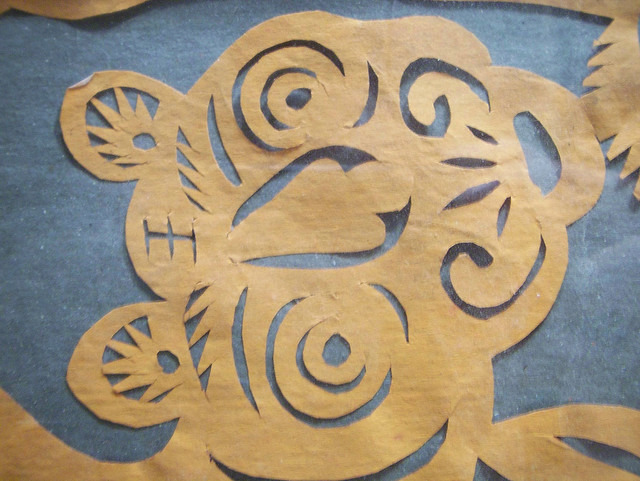 In his New York magazine article ‘Paper Tigers,’ the Korean-American writer Wesley Yang argues that the Asian parenting model and cultural values mean that Asians will excel in schools, and only in schools‘According to a recent study, Asian-­Americans represent roughly 5 percent of the population but only 0.3 percent of corporate officers, less than 1 percent of corporate board members, and around 2 percent of college presidents.’

While many Asian-Americans attribute this ‘bamboo ceiling’ to racism, Yang argues that the same cultural attitudes and values (the unquestioning work ethic, the narrow-minded focus, and the overwhelming conservatism) that permit Asian-Americans to excel in tests also trap them into ‘middle class servility.’

Yang’s article is a battle hymn for young Asian males to smash out of the bamboo ceiling by ‘(putting) themselves into the spotlight and (making) some noise.’

But is more Asian alpha males really the answer?

In China, everyone agrees there’s a bamboo ceiling in place in multinationals, and no one’s happy about it. Importing an expatriate management staff to China increases overheads for multinationals while constraining their in-country growth. A bi-cultural work environment where expatriates are at the top also creates internal discord, language problems, and cultural misunderstanding. But despite costly and patient attempts to train and develop local management, multinationals still import expatriate managers. So why do Chinese apparently make such terrible managers?

In the land that invented the bureaucracy, management theory and practices have existed for millennia, codified in classic texts such as The Art of War and The Romance of the Three Kingdoms. That Chinese would equate management with warfare helps explain why they’re so singularly bad at it. Mao Zedong’s idealism may be long dead and buried, but his politics is alive and flourishing in Chinese offices.

What happens to all the Asian-American overachievers when the test-taking ends?

Asian-American success is typically taken to ratify the American Dream and to prove that minorities can make it in this country without handouts. Still, an undercurrent of racial panic always accompanies the consideration of Asians, and all the more so as China becomes the destination for our industrial base and the banker controlling our burgeoning debt. But if the armies of Chinese factory workers who make our fast fashion and iPads terrify us, and if the collective mass of high-­achieving Asian-American students arouse an anxiety about the laxity of American parenting, what of the Asian-American who obeyed everything his parents told him? Does this person really scare anyone?

Earlier this year, the publication of Amy Chua’s Battle Hymn of the Tiger Mother incited a collective airing out of many varieties of race-based hysteria. But absent from the millions of words written in response to the book was any serious consideration of whether Asian-Americans were in fact taking over this country.

My strong suspicion was that this was not so, and that the reasons would not be hard to find. If we are a collective juggernaut that inspires such awe and fear, why does it seem that so many Asians are so readily perceived to be, as I myself have felt most of my life, the products of a timid culture, easily pushed around by more assertive people, and thus basically invisible?

US investment in China down 28% as FDI grew double-digit