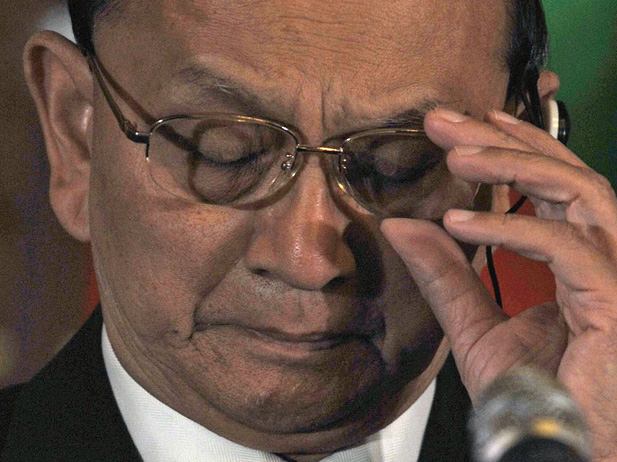 Over the past two weeks, there have been a number of signs that Myanmar’s fragile reform process, first put on track about a year and a half ago, is facing serious obstacles that, at times, have been papered over. None of these problems alone should derail the reform process, and they are not all exactly linked, but together they could prove significant burdens.

Shifting from an era when one man, Than Shwe, dominated the country, it is not exactly surprising that politics in the reform period would be highly personalized. Even among many highly educated Burmese working for reformist think tanks and NGOs, I have heard arguments that the reform process depends largely on the relationship between President Thein Sein and National League for Democracy (NLD) leader Aung San Suu Kyi. And indeed, their relationship is critical. But for the reform process to really take flower, Myanmar needs institutions, and politicians need to begin investing in institutions, so that reform is not totally dependent on the relationship between two people.

This past week, Suu Kyi’s speech to the World Economic Forum (WEF) in Bangkok and her hastily arranged trip to a Burmese refugee camp in Thailand seemed to have angered the president’s office, as Thein Sein abruptly canceled his visit to the WEF and Suu Kyi was not allowed to speak with a microphone at her refugee camp appearance

. These events suggest that friction is developing between the two paramount Burmese leaders, and Suu Kyi’s speech, which sounded a (reasonable) note of caution to investors, seems to have further alienated the president’s office. That might not be such a big deal in another country, but in Myanmar, where these two personalities dominate the reform effort, it’s a problem.

The uncorking of the bottle.

In such an ethnically diverse country, and one in which certain ethnic groups have long been discriminated against, the reform period seems to be unleashing pent-up sentiments, with police and security forces now unsure how to handle these problems —at times, they resort to their cracked-heads thuggery of the past, while at other times they simply seem to ignore simmering interethnic tensions.

Case in point: This week anti-Muslim rioters killed at least ten people in Arakan State, and the situation there reportedly remains extremely tense. Is Myanmar prepared for the kind of centrifugal tensions that often erupt with democratization? If it is going to be, it will need far better trained, and far less brutal, police.

The influx of outsiders

In just a short few months since Western nations began relaxing sanctions or ending them completely, Yangon and Naypyidaw have been swamped with potential foreign investors, foreign academics and policy experts, foreign diplomats, and NGOs. Many, indeed most, of these people are well-meaning, and certainly Myanmar’s long isolation means that it has enormous needs in almost every area. But as Lex Rieffel of the Brookings Institution has argued compellingly, the country is poorly equipped to handle all this incoming money and advice. There is the threat that a future government could, as in Hun Sen’s Cambodia, use all of the competing donors and investors and play them off of each other to consolidate a new type of authoritarian rule. Or, as in many emerging markets, the incoming donors and investors could soon dominate the economy, causing inflation and creating an entire sector of the economy just for catering to them.

The Future of Thai rice and Thai farmers