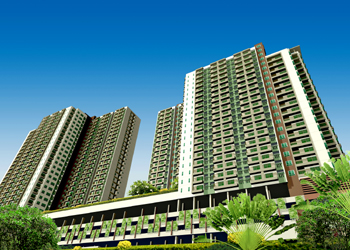 Property firm LPN Development expects sales revenue to rise by Bt9.6 billion by the end of this year, a 20-per-cent growth, spurred by strong demand for city condominiums in line with the economic recovery that began in the second half of last year. To achieve its revenue target, the company plans to launch six to eight new condominium projects this year, worth Bt13 billion, managing director Opas Sripayak said.

The company recorded pre-sales of Bt10 billion and revenue of more than Bt8 billion at the end of 2009, up 20 per cent and 11 per cent respectively from 2008, thanks to a surge in demand in the second half of the year, he said.

The company plans to launch three new condominium projects worth Bt6.1 billion in the first quarter of this year

The company plans to launch three new condominium projects worth Bt6.1 billion in the first quarter of this year, he said. They are: Lumpini Condotown Bangkae, Lumpini Place Rama 9 phase 2, and Lumpini Place Phahon-Ratchada worth totally Bt6.1 billion.

Meanwhile, the company on Thursday purchased land on Ratchayothin from Metro Star for Bt680 million. The investment came out of last year&apos;s budget. Condominium projects worth Bt3 billion will be developed on that land, which will be open to pre-sales in the second quarter of this year.

Exim Bank to sell floating-rate notes worth US$200 million