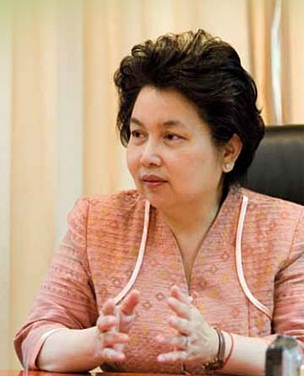 Thailand is well into an economic rebound with business improving and optimism widespread. As 2009 draws to a close, the Thailand Investment Review interviewed Dr. Atchaka Sibunruang, secretary general of the Thailand Board of Investment (BOI), on the state of investment in the country and prospects of further growth.

TIR: What sectors of the economy have seen the largest growth in BOI applications?

Of this, projects in the services and public utilities sector, including the production of electricity from alternative energy sources, facilities for sea transport loading and unloading, industrial estates development, and scientifc laboratories represent the highest number of investment applications. The investment value in this area increased 48% from the same period last year.

TIR: Japan and the United States are the leading investor countries in Thailand, but which are the new emerging countries for investment here?

Dr. Atchaka: While projects from Japan, the EU and Singapore are still in decline, U.S. investment is beginning to bounce back, although not yet to 2007 and 2006 levels. This is according to the BOI’s FDI application statistics.

Dr. Atchaka Sibunruang, secretary general of the Thailand Board of Investment (BOI)

There is also a strong investment wave from emerging countries such as China, India and South Korea. Even Australia shows a steady increase over the past three years. That is why we have opened offces in China, South Korea and Australia and plan to open an additional one in India to tap into the investment potential.

In recent years, the BOI has led Thai companies in exploring business opportunities overseas such as in China, India and ASEAN, and the Board is also exploring opportunities in Africa and Central Asia. The BOI realizes its increasing two- way role with emerging countries in FDI to and from Thailand.

In the future, the BOI will focus on both attracting FDI from existing and emerging countries and supporting Thai companies to invest overseas.

TIR: The BOI is offering incentives in several new areas in response to the global economic downturn. How successful has this been?

Dr. Atchaka: After the announcement of Thailand Investment Year 2008-2009, which expires 31 December 2009, there have been 156 projects with a total investment of 49,270 million baht promoted under this package from 1 January 2008 to 30 November 2009. We also expect many project applications under this special measure in December.

In terms of investment value, the highest portion, accounting for almost half of the total investment promoted under this package, was for energy-saving and alternative energy-related businesses. Investment in high-technology businesses followed.

TIR: How has the opening of the OSOS offce been received by investors?

Dr. Atchaka: Since 23 November, the One Start One Stop Investment Center has been open for about one month and has serviced more than 160 investors from 16 countries. Most of the services provided are consultancy, followed by permits-approvals application.

While the BOI provides consultancy services, the Department of Business Development is most visited for company registration.

Apart from this, the BOI uses the OSOS as a meeting venue for high-ranking business delegations. Among these have been the Nippon Keidanren delegation from Japan that was received by Prime Minister Abhisit Vejjajiva, a solar cell business executive delegation from Taiwan, and delegations from Australia and Indonesia.

It is expected that the number of visitors to the OSOS will increase steadily, especially after the One-Stop Service Center for Visas and Work Permits moves from its current location to just across the hall from the OSOS in January 2010.

TIR: Will the Thailand Investment Year package be extended, and will the incentives remain the same as for 2009?

Dr. Atchaka: The Board has not yet decided to extend the Thailand Investment Year package. We are now looking to create a new promotion package for 2010 to best ft the needs of investors in the upcoming situation.

TIR: How has the BUILD Unit fared this year, and will it be playing an expanded role in 2010?

Dr. Atchaka: This year SUBCON Thailand, which has been held since 2007, became ASEAN’s leading international subcontracting event, with 18,121 buyers and visitors from 14 countries, generating over 3 billion baht in transactions.

In addition, up to the frst half of December 2009, BUILD had organized 16 Vendors Meet Customers, nine marketplaces and seven seminars to enhance the competitiveness of SMEs. It also led Thai suppliers to participate in nine international parts and components exhibitions in Japan, Vietnam, France, Germany and England to provide opportunities for them to expand their export market potential and networks.

For next year, SUBCON Thailand 2010 will be held during 13-15 May at BITEC. BUILD will also launch a new initiative, the R&D Matching Program, to encourage SMEs to collaborate with universities and public funds on more R&D to upgrade their technology and competitiveness. In addition, BUILD plans to increase the overseas roadshows, especially in ASEAN countries, to develop Thai companies into the leading support industries in ASEAN.

TIR: How does the BOI plan to provide incentives to investors in response to the government’s creative economy policy?

Dr. Atchaka: We have already specified many creative industries as priority activities of special importance and beneft to the country that will receive maximum incentives without caps from the BOI. Some of these are product design, design centers, electronic design and software.

In addition, the BOI is promoting entertainment business such as Thai motion picture production, motion picture support services and multimedia services, and the Movie Town.

The BOI also promotes other activities related to creative industry that require craftsmanship and design. Among these are the manufacture of textile products, shoes and parts, bags and parts, products from leather or artifcial leather, gems and jewelry, toys, and furniture or parts, except that made from restricted trees.

The BOI is always open to more potential activities that would further promote creative industry in the future.