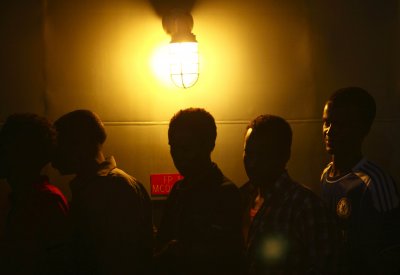 Ian Goldin, Director of the Oxford Martin School, warns that a backlash against immigration would wreak havoc on everything from hospitals to the high-tech industry. The interview is part of the Risk Response Network’s “What if?” series.

Why is this issue on your radar at the moment?
We are seeing an increasing focus on immigration in response to the severe economic crisis, rising unemployment and falling living standards. As has happened throughout history, there is a tendency to blame immigrants for these problems. Politically, it is an easy option, but it has never worked out too well as a strategy.

What signs have you seen that this scenario could materialize?
In the worst case, there has been a wave of physical attacks on immigrants in Greece this year, with people being beaten up or stabbed just because of the way they look. On the political level, there are also very real examples of anti-immigration policies. In the United Kingdom, the government has put dramatic caps on migration, making it hard to hire skilled workers. It is so difficult to get a visa now that I am finding that people from, say, China or South Africa are no longer willing to come to academic conferences here. In Spain, immigrants are offered lump sum payments to go home. In the recent French elections, Le Front National, of the far-Right, campaigned heavily against migration and won almost one fifth of the votes. In the United States, immigration is a hot topic ahead of the elections, although what is interesting there is that since Latinos are such a significant voting force, it changes the dynamic.

How would the situation unfold?
If rich countries were really going to shut the door on immigration, they would need to stop international flights, block their ports, end tourism and brace themselves for a rapid contraction in GDP. Far from seeing unemployment fall, it would rise: companies would fail as they lost staff and management, and demand would fall. Ironically, we would expect to see a higher number of illegal immigrants. In the United States, whenever the government has taken a tougher line on immigration law enforcement, the number of Mexicans living there illegally has actually risen. This makes sense when you consider that, if you know you are not going to be allowed back into a country, you are going to stay, rather than leave when the jobs dry up.

Who would feel the impact the most?
Migrants to start with: the legal ones before the illegal ones. And then everyone else. So many industries – from agriculture to healthcare to construction to technology to tourism – depend on migrant workers. Hospitals would close as they lost cleaners and heart surgeons alike. Women who depend on foreign nannies to go out to work would suffer. There would also be a very damaging impact on the migrants’ home countries: the money and expertise they take back to places like India and Israel are closely linked to innovation there. In many developing countries, it is striking that the financial support from expatriate remittances well exceeds foreign aid – yet this vital assistance would dry up.

What would be the broader consequences?
As well as the ethical implications and the loss of cultural diversity, locking out immigrants would fundamentally undermine the competitiveness of developed economies. Immigrants are a self-selecting group: they are the risk takers, the ones who are ready to make a massive sacrifice. It takes a lot of bravery to become an outsider, which makes migrants a great source of dynamism. If you look at the United States, more than half of the start-ups in Silicon Valley are founded by migrants, as well as many of the most iconic firms – Apple, Google, Yahoo, PayPal. Migrants account for more than three times as many Nobel laureates and Academy Award film directors as native-born Americans. Developed countries cannot afford to lose them.

What is the best way to mitigate the risk of a backlash against migration?
I am not politically naive. I am not recommending open borders, though that might be an ideal to work towards, just as we have with free trade negotiations over a period of around 50 years.

For now, the first thing is to recognize that migration has not been managed well enough. Migrants bring with them short-term, local costs, whereas the benefits are society-wide and long-term, so there is a mismatch. Whether we are talking about Lampedusa, the island off the coast of Italy which is the first port of call for refugees from Tunisia, or Slough, a British town with a large migrant population, local people understandably feel that immigration is a burden. It is a national issue which needs to be managed on the national level.

Secondly, leaders need to be more honest. What is depressing about the current status quo is that there is no empirical evidence to support this view that immigrants take people’s jobs, swallow up resources and are a drag on the economy. But the myth is propagated, despite the fact that, depending on how far you go back, we are all immigrants. In Britain, Queen Victoria grew up speaking German, and somehow she still came to be seen as this symbol of Britishness. We create huge myths all the time, instead of focussing on the facts.

For example, if rich countries were to admit enough migrants from poor countries to expand their own labour forces by just 3%, the world would be richer, according to one estimate, by US$ 356 billion a year. Toronto is made up of 50% immigrants and it is consistently ranked as one of the best cities to live in in the world. We need more data, and less hearsay.

Is this something that is important to you personally?
Migration has always been a way to escape famine, poverty and persecution. Without migration, I would not be here, both in the specific sense, as a South African living in England, and in the most literal one. If they hadn’t been able to leave Austria, my family would have been killed by the Nazis.

Ian Goldin is Director of the Oxford Martin School, Professor of Globalisation and Development at the University of Oxford, and a member of the World Economic Forum’s Risk Response Network. He served as Director of Policy and Vice-President of the World Bank from 2003 to 2006. His recent books include Exceptional People: How Migration Shaped Our World and Will Define Our Future (Princeton University Press) and Globalization for Development: Meeting New Challenges (Oxford University Press).