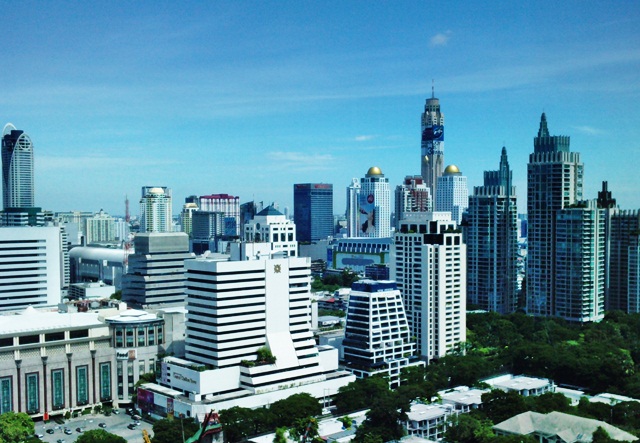 Pressure is growing in Thailand for significant reforms that answer the real needs of society. Such reforms would create a higher quality of life and environmental sustainability. But a significant obstacle to this lies in the lack of professionalism in architecture.

Over the past 80 years, architects have witnessed a transformation of the urban landscape from horizontal cityscapes to vertical metropolises. This agglomeration of built environment reflects the increased complexity of today’s social, economic and technological systems.

However, a “triple scarcity” of professional shortcomings is now undermining professional practice – namely its narrow individualistic vision, weak intellectual foundations, and a resulting professional and economic stagnation. These problems are in fact global issues.

Nevertheless, in recent decades many developed countries have alleviated some of these negative implications through better knowledge-based practice, together with a greater sense of social responsibility.

Architects in general have been criticised for their self-centered character. More often than not, they are reluctant to modify designs in line with clients’ requirements, and offer distinctive products that prioritise individual imagination over broader social concerns. Many here have been honored as National Artists, not as national architects, implying society’s recognition of architecture as primarily an artistic discipline – a “classical period” attitude.

Most architects, influenced by the education systems both at home and abroad, are guided by their own individualistic vision rather than a social/user-oriented approach.

In Bangkok, the outrages of imported designs during the 1980s and 1990s were strongly criticised as being equivalent to Disneyland and “AIDS” (Architectural Identity Disaster Syndrome), the latter a criticism by the author of this article. Negative social impact is also found in many luxury projects, mundanely encompassed by high walls adjacent to existing local communities.

More thoughtful and positive solutions are achievable – for example, “green” fences and transitional spaces that emphasise openness and liveability. These approaches demonstrate a genuine commitment to corporate social responsibility.

via The innocence of architects and the scarcity of professionalism | Thailand Property News.