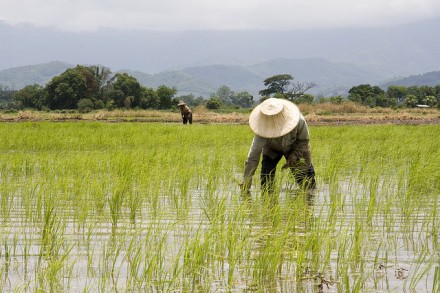 Last week, the Senate Committee on Economics, Commerce and Industry, of which Dr. Vitthaya is vice-chairman, filed a damning report blaming the scheme over rampant corruption and a rising mountain of debt as big as the piles of unsold rice fill warehouses across Thailand.

A populist policy that was part of the platform propelling the relative unknown Yingluck Shinawatra to power last May, the scheme now threatens to severely damage the government. Some say it could even bring the Prime Minister’s coalition down.

Rice Pledging in Thailand: How did it go so wrong?

The chairman of the central bank has already criticized the scheme – so too have academics, economists and even the U.S. Department of Agriculture, the latter of whom warned of the policy’s effects on international rice prices – and at the end of this month Prime Minister Yingluck Shinawatra’s Pheu Thai party faces a two-day grilling from the opposition and the Senate all asking the same question: How did it go so wrong?

In theory, the policy makes perfect sense. If you pay farmers above the market rate for paddy they will earn more, Thai rice – already known for its quality – will rise in price and in turn force up prices on world markets.

via How Rice is Causing a Crisis in Thailand – The Diplomat.

Learning to be Thai : a US student point of view