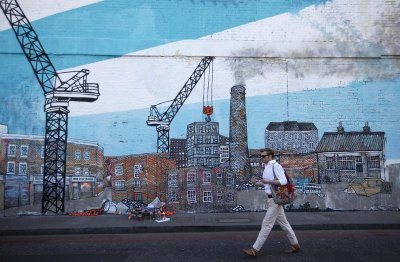 Innovation is key to long-term growth. And as innovation needs to be nurtured by active public-private partnerships, the countries that are suffering the most today are those that are hampered by both weak private spending in R&D and weak public spending in areas like education, research and new technologies.

This is one of the reasons why blind austerity in many countries is hurting growth. Spain’s cuts of 40% to publicly funded research will hardly make it become as competitive as Germany.

For an “innovation nation” to emerge, systems of innovation need to flourish within sectors, regions and nations. For this to happen, we need flexible links between and within all the entities involved: from companies to financial institutions to education and research centres.

Innovation is key to long-term growth

However, what is often ignored is the role that each of these entities can realistically play in a complex landscape of risks. Indeed, many errors in current innovation policy are due to misplaced expectations. It is naive, for example, to expect venture capital (VC) to lead in the early, most risky stage of any new sector, such as clean energy technology. In biotechnology, nanotechnology and the Internet, venture capitalists arrived 15-20 years after the most expensive and high-risk investments had been made by public sector funds.

Innovation is key to long-term growth

Indeed, risky ventures with high capital intensity and high technological and market risk tend to be avoided by the private sector, and have required great amounts of public sector funding, as well as vision and leadership, to get off the ground. The funding for all the technologies that make the iPhone so smart – from the Internet to GPS, the touchscreen display and even SIRI, the talking personal assistant – can ultimately be traced back to public sector-backed research, and even sometimes to the early stage “seed financing” of firms (as in the case of Compaq, Intel and Apple).

Innovation policy is not only about correcting market failures, but about actively creating and shaping markets – what I call an “entrepreneurial state”. Entrepreneurial states are driven by “missions”, whether putting a man on the moon in the past or tackling climate change in the future; these missions require an overarching strategy to make many different sectors think big together. Thinking big requires the state to support radical change, but also to steer existing technologies and structures into new directions. For instance, if environmental issues are a meaningful priority, government policy must do much more than fund basic research: it must also make “more green” more profitable than “less green”.

Three key challenges emerge if the state is going to shoulder the risks involved in innovation:

Author: Mariana Mazzucato is a Professor in the Science and Technology Policy Research Unit (SPRU) at the University of Sussex, UK, and the author of The Entrepreneurial State: Debunking Private vs. Public Sector Myths. Read reviews in the FT here and in the Economist here.

She is taking part in the session Economics of Innovation with the Institute for New Economic Thinking at the Annual Meeting of the New Champions in Dalian, China.

We need an entrepreneurial state to boost innovation