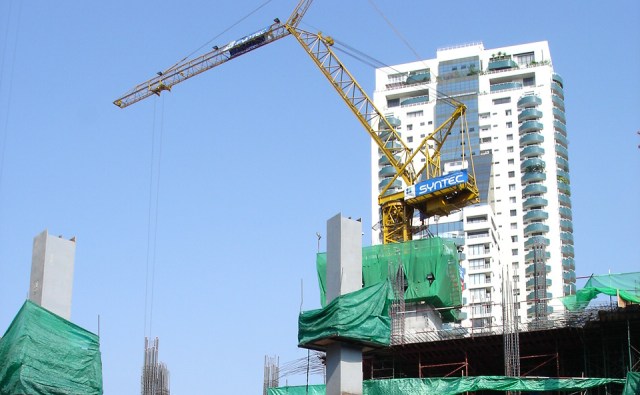 The area at the mouth of the Chao Phraya River has been long been a settled area. Originally, people lived mostly in floating wooden houses on the banks of the river and nearby tributaries.

The movement of the Siamese capital to the area in the late 18th century led to an increase in population and investment in building canals for irrigation and transport. This led to the first great transformation of Bangkok, the expansion of the city away from natural riverbanks and linking of what had previously been isolated rural communities or empty land as part of the city.

It was still characterised by the same types of wooden houses, but these now lined the canals as well as the rivers.

From canals to roads

The city’s first paved thoroughfare, Charoen Krung Road, was built between 1862 and 1864, followed by such roads as Silom and Rama IV. This change in infrastructure led to a change in living patterns. Houses began to line roads rather than canals and were built as more permanent structures – more “concrete” structures, if you will.

The city gradually underwent its second great transformation from one of wooden houses lining waterways to concrete structures lining roads, and as densities rose because of the increasing availability of road transport, concrete shophouses and townhouses began to be the dominant forms of building.

This pattern continued up until the end of the 20th century and resulted in legendary traffic problems and pollution. These difficulties triggered investment in a new form of infrastructure: the mass-transit train, both overland and underground.

From roads to mass transit

The Skytrain first opened in 1999, and at first had negligible impact on the development patterns in the city, just as the opening of Charoen Krung Road in 1864 saw limited change in the pattern of house building at first.

But as the Skytrain and MRT expanded, just like when the road network expanded a century earlier, the pattern of housing development changed as well.

via The third great transformation of Bangkok – The Nation.

Is “Teflon Thailand” Running out of Steam ?

The End of History in Thailand ? Not yet