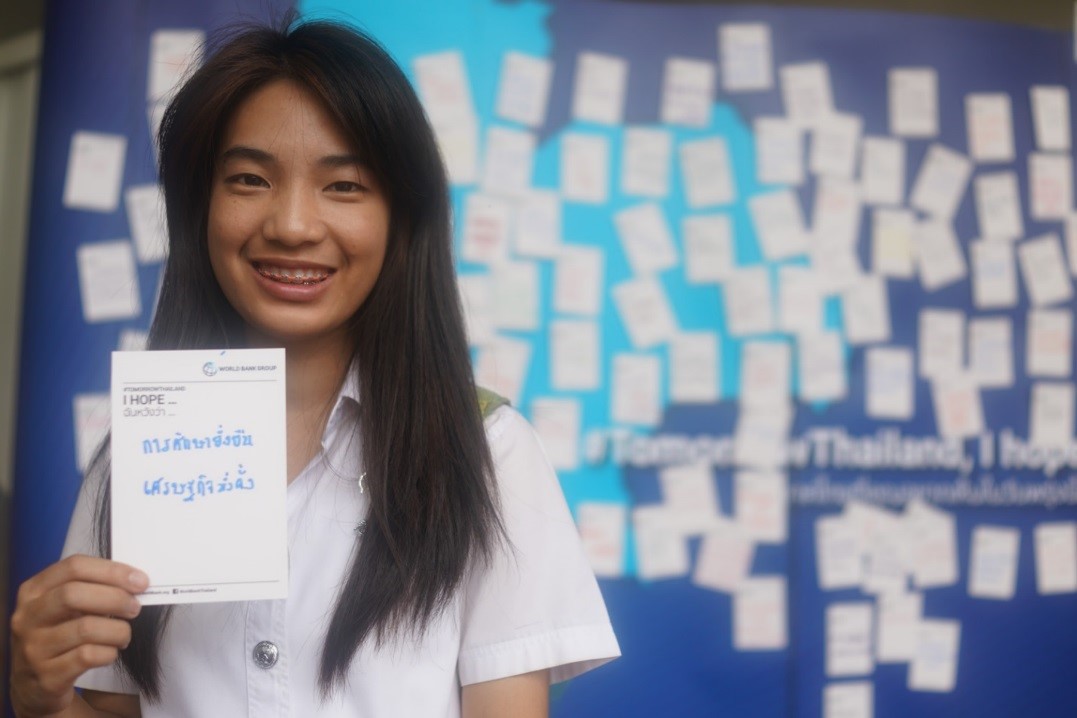 Thailand has come a long way and represents an impressive development story: it has drastically reduced the number of poor people from nearly 70% of the population in 1986 to 11% in 2013.

Thailand’s economy grew at an average annual rate of 7.5% in the late 1980s and early 1990s, creating jobs that helped pull millions of people out of poverty.

However, challenges remain as there are still 11% – 7 million – of the population living below the poverty line, and another 7 million or so who remain highly vulnerable to falling back into poverty. Although inequality has declined over the past 30 years, the distribution in Thailand remains unequal compared with many countries in East Asia.

Significant and growing disparities in household income and consumption can be seen across and within regions of Thailand, with pockets of poverty remaining in the Northeast, North, and Deep South.

Today, the Thai economy faces headwinds, and growth has been modest. Export competitiveness is sliding, and a severe drought is expected to weigh on off-season rice production.

Poverty is expected to continue to fall at a slower rate, with poor households concentrated in rural areas affected by falling agricultural prices. The country is now at a critical time since the new draft constitution won approval by a majority.

Differences between rural and urban youth

In Bangkok: Living in the capital city, a majority of youth hope, first and foremost, to see true reconciliation across social and political divisions. Seeing their conviction for significant change and that the country and its people will be stronger together was incredibly inspirational.

“I hope Thai people think logically and listen to each other’s opinions to create a peaceful and united country.”

In Pattani and Udon Thani: What is common for young people from both these areas is the call for quality education. This issue is at the top of their lists as they believe it can help pave the way for the country to achieve many development goals. For the northeastern region, increasing agricultural productivity and incomes is also another major priority for them.

“I hope the quality of education will be improved across the country to close the inequality gap between urban and rural areas.”

“I hope farmers will earn more and that their incomes will be more stable.”

In Chiang Mai: For the youth in the northern region, having an effective law and justice system resonated with them the most. They hope that everyone can face trial fairly under the same law no matter whether they are rich or poor.  Additionally, ensuring economic prosperity by creating a business friendly environment was also a priority for many of the Thai youth.

“I hope the Thai economy will be more stable and sustainable”

In a nutshell, the youth in Thailand want a world free of poverty where people are equal, educated, and have the same opportunity to succeed in life. Beyond the ‘Wall of Hope’, Thailand still has a long way to go and can surely end poverty and boost shared prosperity for all citizens as long as our youth can thrive as an individual, as a community, and as one nation.

If you are a Thai youth out there, your voice matters. Share with us what you hope for your country in the comment section below.

Source: What do Thai youth think about the future and their country’s priorities?

Banning and eliminating nuclear weapons is an urgent priority