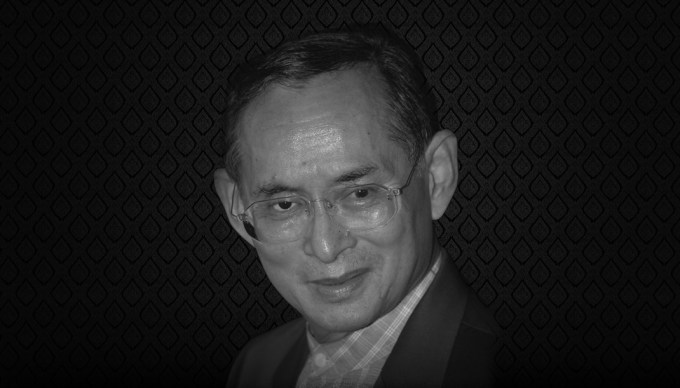 His Majesty the King passed away peacefully at 3.52 pm on Wednesday at Siriraj hospital, the Bureau of the Royal Household announced Thursday night.


His Majesty was admitted to Siriraj hospital for medical treatment since October 3, 2014. Doctors had tried their best to treat the King, but his condition did not improve and steadily deteriorated until Thursday October 13 when the King passed away peacefully at Siriraj hospital.

King Bhumibol was 88 and would have turned 89 on December 5 this year. His death ends a reign of 70 years and 126 days — one that few monarchs have matched for longevity.

King Bhumibol spent most of his final years at hospital Siriraj in Bangkok. His portrait hung in almost every shop, and as his health declined, billboards proclaimed “Long Live the King” .

Thais came to see this Buddhist king as a father figure wholly dedicated to their welfare, and as the embodiment of stability in a country where political leadership rose and fell through decades of military coups.

Bhumibol Adulyadej was born in Cambridge on Dec. 5, 1927, the son of Prince Mahidol of Songkhla, a founder of modern medicine in Thailand; he was studying public health at Harvard at the time.

Bhumibol Adulyadej  was educated in Switzerland and spoke impeccable English and French.

Thailand was transformed during his reign, moving from a mostly agricultural economy to a modern one of industry and commerce and a growing middle class.

Thailand is expected to be in mourning for months and possibly longer, and the prince’s coronation will not take place until that mourning period is over.

When the king’s sister died in 2008, a 100-day mourning period was declared. She was cremated 10 months after her death.