One of the biggest questions in current global affairs is how a rising China shapes the world beyond its borders. The scale of China’s rise has had huge impact on the world.

Size brings its own natural and inevitable influence: its economic dimension transforms nations from being ‘price-takers’ to being ‘price-makers’ in the international economy and its political dimension carries heft through political and military power. 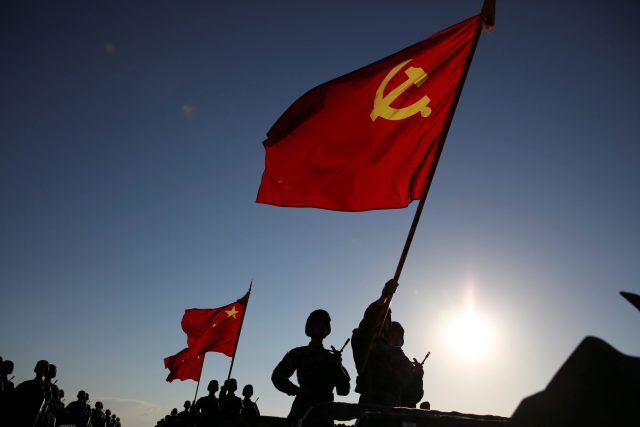 But what kind of influence will China seek, how will it seek it, and to what ends as it gets used to its new found power?

These questions were central to the deliberations of the 19th Party Congress and its attempt to define a new and confident role for China in the international community. While the 19th Party Congress received notice most for its elevation of President Xi Jinping in the pantheon of China’s governing Communist Party, what Xi’s report to the Congress said about the principles on which China’s approach to world affairs would be based has been less well studied.

Core among those principles are respect for the multilateral system, a shared community and non-interference in sovereign affairs.

All three overarching principles promise felicitous international engagement and cooperation with a newly rich and powerful China. Whether in responding to current threats to the international trade and economic system or dealing with the security and territorial issues that confront all parties in Northeast Asia or the South China Sea, these principles are worthy reference points.

But in some countries, prominently recently in Australia, China’s influence in sovereign affairs has become a hot-button issue following a string of media allegations about links between political players, the Chinese Communist Party (CCP) and members of the Chinese diaspora who are perceived to have mobilised to advance Beijing’s interests abroad.

The media coverage has raised alarms about Beijing’s intentions at a time when China has growing economic and political power and when China’s State President and CCP Secretary General Xi Jinping has advocated both a more globally engaged and a more assertive China. Xi’s signature policy platform is the ‘China Dream’, which is centred on the great rejuvenation of the Chinese nation.

The commitments to multilateral institutions and a ‘shared community’ seek to reassure the world about what China’s ambitions mean for it to seek engagement on equal terms.

In volume 9.4 of the East Asia Forum Quarterly, we examine China’s influence from these several perspectives. In global affairs, we address China’s engagement with the liberal international order and multilateral institutions (Andrew Nathan; Zhong Feiteng).

Taken together, the discussion of Chinese influence in Australia urges greater sophistication in conceptualising the problem and greater maturity in formulating responses. The integrity of sovereign nations is significantly a product of their own making. If Australia has sloppy laws that do not cover foreign political donations, it needs to fix them.

Clear-headed understanding of the international economic and political frameworks that serve best to negotiate and mediate the mutual benefits of engagement with China and other powerful friends and allies is what’s needed now.

Debates about ‘Chinese influence’ in Australia, in the first dimension, will resonate wherever governments and communities are confronting the opportunities and challenges of China’s rise and its…