The Trans-Pacific Partnership (TPP) Ministerial Statement on 11 November 2017 in Vietnam was a big relief for the remaining 11 members of the TPP, especially for Japan and Australia, who have spearheaded the new agreement after the United States’ exit.

The accord — which calls to revivify the renamed Comprehensive and Progressive Agreement for Trans-Pacific Partnership (CPTPP) — reaffirms the commitment of the remaining 11 countries to free trade and capital flows, and to fight back against rising protectionism and anti-globalisation sentiments.

This will likely put pressure on negotiations for other regional FTAs such as those for the Regional Comprehensive Economic Partnership. It will also be a welcome impetus for Japanese Prime Minister Shinzo Abe, who is reliant on the success of the TPP to achieve the structural reforms promised in Abenomics. 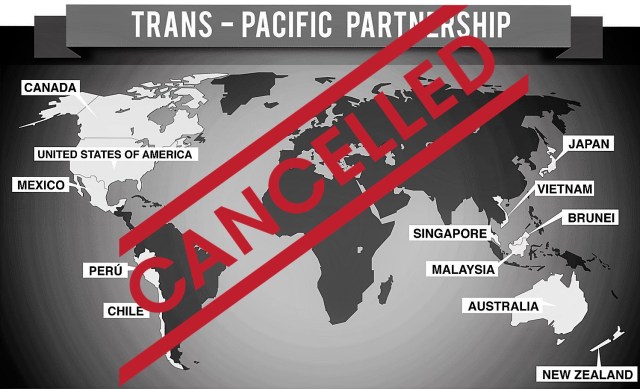 The amendments to the original TPP agreement seem to satisfy most trade analysts and officials. They argue that the suspension of 20 provisions is minimal given the original document is over 5000 pages long and that the modifications relate to areas that do not have much economic significance. What remains, such as the investor–state dispute settlement system, is what really matters.

In addition, the suspended provisions are all pertinent to the United States’ interest and can be unfrozen by member countries if Washington rejoins.

The new agreement also lowers the barrier for the TPP to come into force, as it no longer requires 85 per cent of combined GDP to ratify it, instead just requiring 6 out of 11 members signing on.

The emphasis on its high standards and far-reaching scope has led many to hope that the CPTPP will become the point of reference for trade rules in the 21st century.

But finalising the deal among the remaining 11 members might be more difficult than it initially appears. Canada seems reticent to conclude the CPTPP before settling the North American Free Trade Agreement renegotiation given that nearly 70 per cent of Canada’s trade is with the United States and Mexico.

Nevertheless, the Ministerial Statement clearly declares that consensus must be achieved prior to signing, which will mean tougher negotiations and most likely a delay in the advent of the CPTPP.

It is also implausible that the remaining 11 countries will rewrite world trade and business investment rules without the United States. The United States alone accounted for 60 per cent of the combined GDP of the original TPP and its withdrawal dramatically shrank the economic impact and significance of the TPP.

Despite its high quality, the CPTPP will hardly achieve an international standard without the endorsement of the United States or China — the two largest trading countries.

The CPTPP is nonetheless exceptional and provides plenty of opportunities for companies in a market of 500 million people and nearly US$12 trillion in economic output. To ensure it meets its potential, the CPTPP ought to seek further improvement and be pragmatic about becoming the primary vehicle of economic integration in the Asia Pacific.

The primary way of achieving this is to expand membership and thereby improve the agreement’s economic reach. The first group to consider should be those economies that have expressed interest in the agreement such as South Korea, Indonesia, Thailand and the Philippines.

The admission of China, whose president publicly pledged to increase Beijing’s efforts to promote free trade and globalisation in contrast to his US counterpart, would be a win-win and will increase the international weight of the CPTPP tremendously. But China’s accession would likely be conditional on reducing the quality of CPTTP as more provisions would need to be shelved or changed.

In the long run, China might agree to higher standards. Under this long-term perspective, one could even imagine expanding the CPTPP further and forming the Free Trade Area of the Asia Pacific (FTAAP). This could be done…

10 Trends That Will Shape Southeast Asian Ecommerce in 2018