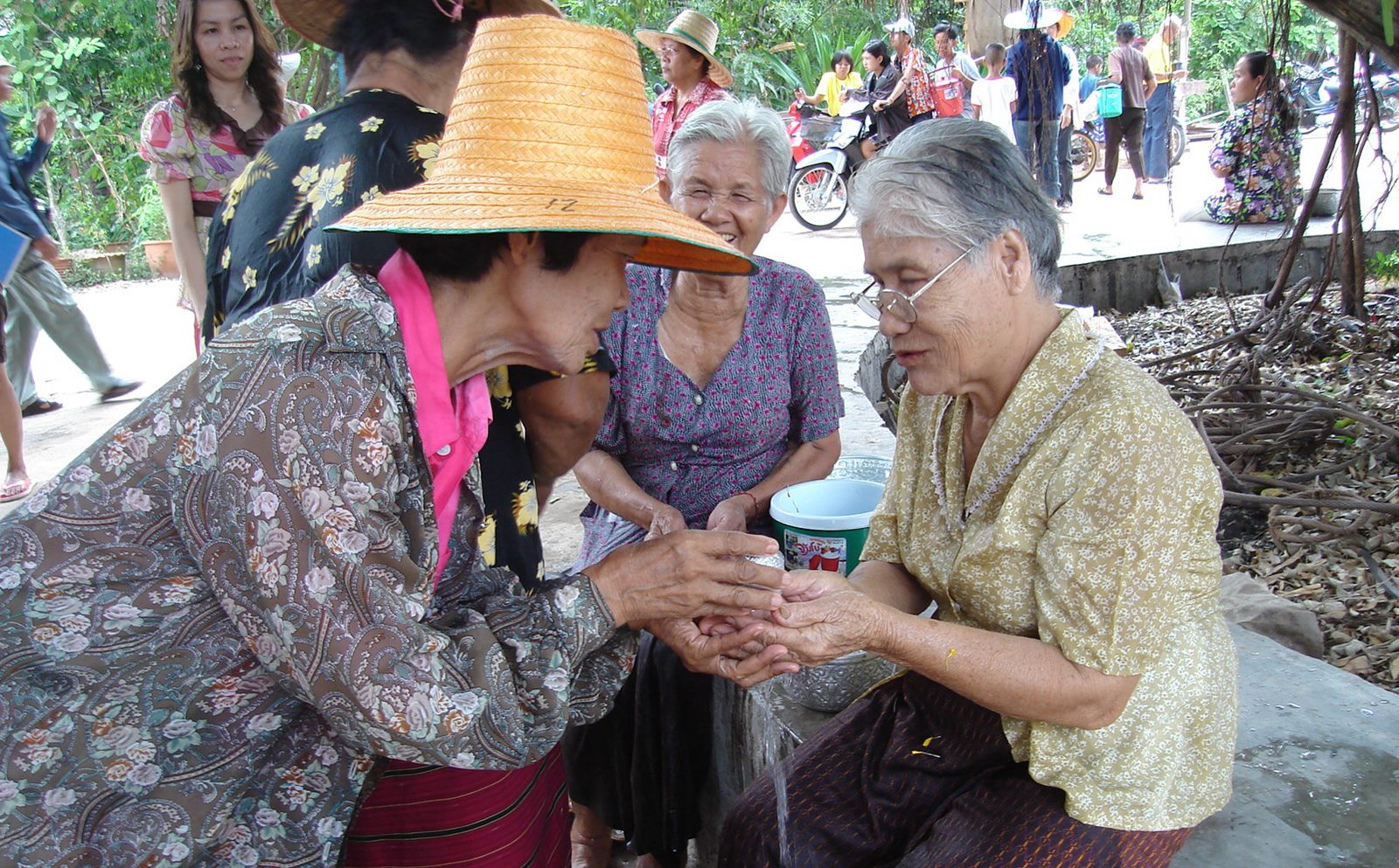 If not, Thailand’s economic growth risks dropping by 0.8% per year.

“We’re now living in a society where people live and stay productive much longer than ever before. We need new policies to use their skills and experiences when the number of young people is diminishing,”

Being a longevity society does not necessarily slow down the country’s economic growth if Thailand adopts right policies, said Dr Somkiat during the TDRI annual public conference “Longevity Society: Making Thailand Competitive, Healthy, and Secure” at the Centara Grand & Bangkok Convention Centre at CentralWorld on May 13, 2019.

Meanwhile, people need to save early to ensure financial security in old age. They also need to learn new skills so they can work and maintain self-esteem after official retirement age.

“The state authorities, the business sector, and all of us need to prepare and act now to tackle the challenges in longevity society,” said Dr Somkiat.

Apart from keeping older people in the workforce, a team of TDRI researchers stressed the need for state policies to promote active ageing. They include accessible and safe city infrastructure and public transport systems, more public green space, health insurance system for the elderly, and measures to help workers learn new skills before and after retirement due to rapid technological changes.

How to make it happen?

Thanks to better healthcare, Thais live 4.4 years more each year during the past six decades, he said. At present, Thailand’ average life expectancy is 75 years. Given the constantly improving health technology, people born in 2016 are expected to live until 80-98 years on an average, if technology progress is taken into consideration.

Centenarians is no longer a rarity. In 2017, Thailand already had more than 9,000 centenarians according to a National Statistical Office’s survey, he said.

“People not only live much longer, they are also much healthier,” added Dr Somkiat.  “Age has become a state of mind, not how many years we have lived.”

Older people nowadays are also more educated and have more work experiences than previous generations. More of them live alone and tend to pursue personal interests outside their communities. Their houses need readjustment for old age safety while their health problems mainly stem from non-communicable diseases such as diabetes and high blood pressure due to lifestyle behaviours.

Not understanding the challenges will entail many policy mistakes, said Dr Somkiat. The current retirement age remains too low. Valuable human resources will be wasted. At present, Thailand is already losing people in the 50-60 age group due to early retirement policy, he added.

In addition, the government will fail to invest in human resources and city infrastructures to prepare for longevity society. And without good health and enough savings, a long life won’t mean more happiness but more difficulties in old age, he said.

“We need to understand that preparations for the longevity society does not benefit only the elderly, but all of us,” said Dr Somkiat. “We will live much longer so we need policies to make the economy grow and prepare us to cope with the challenges.”

According to TDRI research, retaining workers in the 50-60 age group and reskill them will soften economic slowdown by 9%. Bringing workers in the 60-69 age group back to workforce will improve the situation by 2%. Increasing the 100,000 migrant workers per year helps about 3%. Reducing the number of conscripts from the current level of 100,000 per year will further help.

To sustain growth more effectively, either increasing investment in automation by 1.1-1.6% above the normal trend (around 40 billion baht in 2018) or increasing the total factor productivity by 1.1% through innovations and new businesses will neutralise the slower economic growth from labour shortage.

A longevity society also demands inclusive and more accessible city infrastructure and health services. While early savings and learning new skills are necessary for financial security in old age, investing in good health early in life as well as sustaining a network of friends for an active social life in old age are also important, he added.

When the number of housebound and bedridden older persons will be higher than one million in two decades, the government needs to give more support to health and care services for the old-old elderly.

The social security system also needs revamp to prevent it from collapsing when pensions exceed contributions from the active workforce, he cautioned.

Thailand needs a more open political system which allows representatives across age groups to have a say in policymaking to avoid conflicts between the young who want change and the old guards who want to protect the status quo, he said.

The representation was highly skewed for the appointed National Legislative Assembly, whose average age of members was 63. The youngest is 54 and the oldest is 94. The average age of the recently elected district members of parliament is lower at 52. The elected MPs are also more representative in terms of age, with the age of the youngest at 27 and the oldest at 83.

Despite a shrinking workforce, Thailand can still sustain economic growth to support its ageing society. To do so, Thailand should invest more in automation and robotics in the manufacturing, agricultural, and service sectors, said TDRI senior research fellow Dr. Saowaruj Rattanakhamfu.

A broader view of poverty in East Asia and Pacific