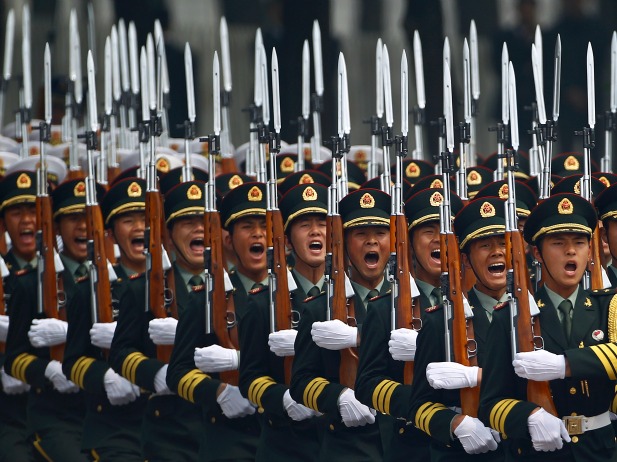 The competitive advantage of Southeast Asian countries in the 21st century will be about the ability of their governments to create a national environment in which skilled human resources are born, but in which social, political, and economic entrepreneurs are permitted to compete fairly.

As Southeast Asia enters this new round of growth and modernization, perceptions of China and tendencies toward regional integration will become increasingly relevant to the effectiveness of Beijing’s ‘charm offensive’, and its capacity to consolidate power.

In the aftermath of the 2008 financial crisis Southeast Asian states have new opportunities to enhance productivity, along with incentives to strengthen multilateral regional cooperation. The knowledge and technology necessary to enhance national competitiveness are not necessarily diminished in the context of global slowdown, although sustained political will is needed for structural reform.

Moreover, China’s reassertion of regional influence through its ‘charm offensive’ provides incentives for Southeast Asian nations to collectively link China to ASEAN’s complex interdependence, rather than to individually ‘hedge’ against China’s rise.

For ASEAN countries, enhanced trade profitability and domestic demand will need to be the main drivers of growth, given that net exports will play a lesser role compared with recent historical patterns. It will be essential to rebalance away from government stimulus measures to autonomous domestic sources of growth in order to avoid debt-sustainability challenges and inflationary pressures. Rebalancing will, however, require a different emphasis in different economies.

The ‘Evolution’ of Southeast Asian Tigers

For Southeast Asia, what might be ’evolutionary’ in this new round of growth is the emerging ‘moral dimension’ accompanying economic development. As in the previous East Asian Tigers, once a certain level of economic progress is reached there is a shift from ‘cronyism’ or ‘moral hazard’ to ‘development as freedom’.

Although cultural traditions will continue to exert distinctive influences, new levels of growth and competitiveness in these states have been accompanied by economic and political freedom, and a relatively high standard of living. In particular, Malaysia, Indonesia, and Thailand (often known together as the MIT countries) have come to show that countries with no previous development record can transform themselves within a generation.

Indonesia – a member of the G20, one of the world’s most populous countries and home to about 40 per cent of ASEAN’s 584 million people, a stable Muslim-majority democracy, and an up-and-coming investment destination after ‘Chindia’ – could be the fulcrum in ‘internationalizing’ the structure of regional power. That is, a strong Indonesia could be more efficient and effective in involving the U.S., Japan, and India in the management of ASEAN security. This ‘internationalized’ framework could then provide some political and strategic space for China. Moreover, Indonesia as Southeast Asia’s largest, hottest consumer-based economy could be a ‘catalyst’ for both sub-regional and bilateral economic cooperation, such as the Brunei Darussalam-Indonesia-Malaysia-Philippines East ASEAN Growth Area and Indonesia-Philippines trade relations.

Meanwhile, despite ongoing protests and political turmoil, Thailand’s forecast GDP growth for this year (between 6.5 to 7.5 per cent) would be the fastest since 1995. Thailand’s experience may serve as a lesson for Vietnam’s uneven growth. Still, if Prime Minister Abhisit Vejjajiva can follow through on his party mandate of creating ‘the momentum to restore confidence and propel the country towards a stronger, more prosperous and fair Thailand,’ there would be a strong anchor for inland Southeast Asia to modernize in ways where ‘development as freedom’ is associated with competitive advantage.

As Southeast Asia enters this new round of growth it remains to be seen whether China’s ‘Beijing consensus’ will be able to take root, or whether the current process of modernization will push the region toward more complex integration.

For China, if it can win over Vietnam, its ‘Beijing consensus’ can take root in mainland Southeast Asia. However, for the Vietnamese communist party, it is not clear yet whether its party interests can be advanced in the context of China’s rise, since China neither has given Vietnam a privileged trading position in order for Vietnam to sustain its state capitalism (or as a part of an ideological bloc against ‘American exceptionalism’) nor has it succeeded in ending the historical suspicion that a strong China will damage Vietnam’s territorial sovereignty.

Vietnam has been looking to enmesh in the complex interdependence of ASEAN and the West in case China’s rise has no special space for Vietnam. At the same time, Vietnam is deeply concerned that enmeshing with the modernization zone of Singapore, Malaysia, Indonesia, Thailand, Japan, and South Korea could facilitate the erosion of communist rule. If the southeast Asian modernization zone can win over Vietnam (whose sphere of influence includes Cambodia, Laos and Myanmar), it will have an opportunity to remake Southeast Asia.

The current process of modernization has the potential to create a sense of unity and solidarity, and a state of interdependence in the region. Underlying these changes is the gradual change of economic culture away from greater regional traditions toward meritocracy and the competitiveness paradigm. Overall, economic interdependence may facilitate a Southeast Asian identity in which national prosperity and security comes from regional unity.

During this potentially unstable process a more self-reliant ASEAN could better deal with the fact that U.S. foreign policy in the region is to serve American larger international interest, and better hedge against any potential Chinese ‘divide and rule’ strategy used to fuel its economy.

Southeast Asia is once again faced with the decision of whether to contain or accommodate China’s rise. That decision is likely to be shaped, at least in part, by the perception of China’s influence, both in the region and in the world. For example, accommodation is not an option if the publics and national leaders in the region perceive China unfavourably. Importantly, the recent indication that Beijing sees the South China Sea as a ‘core interest’ may mean it is more likely that there will be an explicit public call across ASEAN countries to hedge against China’s rise.

Economically, export competition does seem to increase unfavourable opinion of China, but there is no consensus on whether China’s economic rise is a threat or an opportunity to ASEAN countries. Instead, the growing democratic norms and values in the noted modernization zone of Singapore, Malaysia, Indonesia, Thailand, and the Philippines may constrain China’s ‘charm offensive’ or ‘Beijing consensus’ and may even facilitate a collective effort to internationalize military and economic disputes with China; rather than to solve disputes through bilateral measures or to insulate the zone from U.S.-Chinese strategic competition. If there is a consensus, it is that China has miscalculated how a changing Southeast Asia has perceived China’s growing regional and global influence.

Long S. Le is Professor and Director of International Initiatives for Global Studies at the University of Houston.

More:
The values dimension of Southeast Asian development and the rise of China

China may grow to be new medical tourist destination