Is democratization, once seen as an irreversible wave progressing around the world, now receding? This question arises in our minds following the events of the last several months.

Turkey, a country where Islam and democracy coexist, was hit by a coup attempt, as a result of which President Erdogan declared a state of emergency and purged many in the army and civil service.

In Thailand, a national referendum adopted the military-drafted constitution that allows junta-appointed senators to take part in choosing the prime minister. 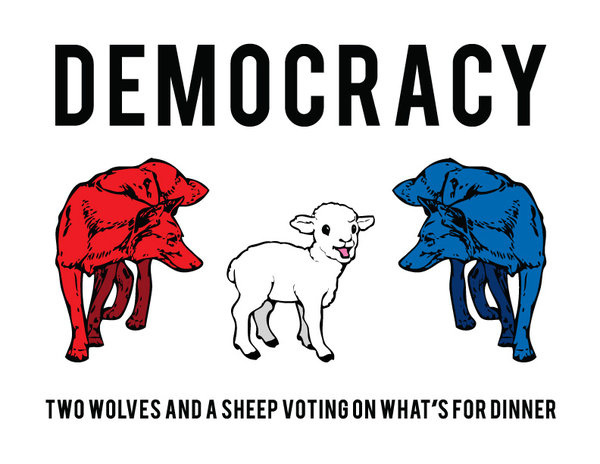 The Middle East represents a prime example of the setbacks being experienced by democracy, with authoritarian rules reviving after a miserable end to “Arab Spring” democratization movement.

In general many reasons come to minds for explanation of the setback of democratization movements. Military and political elites attempt to hang on to their power and the public at large resents the instability that can occur during the process of democratization.

In the decade of economic downturn that has occurred since the financial crisis of 2008, and then the global contraction caused by the slowdown of the Chinese economy, many nations have considered economic recovery to be more important than introducing democratic systems.

Moreover, the recent negative views of liberal democracies in the western world cannot be ignored. Their previously shining images have been tarnished by the failure to solve their social and economic problems.

Liberal democracies cannot mitigate the gap between the rich and the poor, nor diffuse rising fear among traditional residents facing a gradual influx of immigrants.

Inward-looking politicians have turned their backs on international humanitarian crises to focus on their own countries’ problems. In many democratic countries, the right-wing political parties are gaining support by advancing nationalistic and xenophobic policies.

Half a century has passed since the violent racial clashes of the civil rights movement of the 1950s and 60s. However, these and other shootings make it evident that the United States has not solved its deep-rooted problems of racial hostilities or issues relating to gun control.

The year 2015 was marked as the tenth consecutive year of a decline in global freedom in “Freedom in the World 2016,” a report issued by Freedom House, an organization surveying democracies and freedom worldwide.

The report argued that Europe’s inability to manage the surge of asylum seekers from the Middle East and North Africa — as well as years of economic slowdown — are being used as a pretext for populists to rail against the European Union and the liberal, universal values that the western democracies represent.

The British decision to leave the European Union and the U.S. nomination of Donald Trump as the presidential candidate of the Republican Party are being viewed globally as signs of weakened western democracies.

Even in Japan, a country representing a success story for democracy in Asia, many people are frustrated with the political system.

According to an opinion poll released by Genron NPO, a think tank in Tokyo, only one in five have an optimistic view of Japan’s future, with many considering that Japan’s democratic systems are not working to solve the lingering problems of a stagnating economy and a gigantic fiscal debt.

Only 15 percent of those surveyed trusted the political parties in Japan, indicating a deep-seated lack of confidence in the political system. Further, many Japanese hold negative opinions on global democratization. In the Genron poll, less than 30 percent predicted that developing countries would adopt democracies in the future.

Yasushi Kudo, president of the Genron NPO, summarized the outcome of the survey by stating that “Japan’s democracy is in crisis.”

Japan’s experience stands in stark contrast to that of other Asian countries. Genron NPO released the outcomes of its same opinion poll conducted in Indonesia and India. They showed that 65 percent of those surveyed in Indonesia, and 75 percent in India, held optimistic views of their country’s future.

Liberal democracy remains appealing in some emerging and developing countries. It is true that liberal democracies protect human rights and find alternatives to going to war to resolve issues. They foster a healthy market economy and growth in the long run.

Even given the strong economic growth of China and the political stability of Russia, the majority of people living in liberal democracies would not consider moving to Beijing or Moscow as permanent settlers.

Nevertheless, the general global trend for democracies is not regarded as bright, especially by people in the advanced democratic countries.

Liberal democracies are now captives of special interest groups and populism. They cannot show tangible results in solving the pressing issues of economic stagnation, the gap between the rich and poor, and the orderly management of immigrants.

The core issue is how to revitalize governments to provide citizens with freedom, security, and growth. With the strong leadership of Prime Minister Abe, and relatively better conditions in relation to the economic divide and immigration issues, can Japan lead other democracies in responding to this daunting challenge?

(Hiroki Sugita is the chief editorial writer of Kyodo News.)