Chinese- and Indian-funded capital projects in Sri Lanka are mired in controversy. GRI asks: has the island state has become a new frontier in Sino-Indian relations? 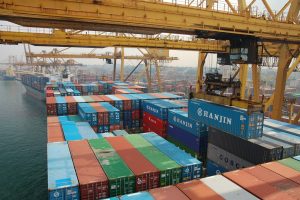 Qi Lin argues that geopolitical competition is heating up:

“China’s massive infrastructure projects along the Indian periphery, including in Pakistan, Bangladesh, and Myanmar, have fed into a growing fear in India of encirclement by its long-time competitor. India worries that China is encroaching on India’s traditional sphere of influence and eroding its commercial and cultural links with Sri Lanka. In particular, China could use its foothold in the country to translate its economic heft into military might, by establishing a military base or using its majority owned port facilities for military purposes.“

The case that Sino-Indian tension in Sri Lanka is overstated 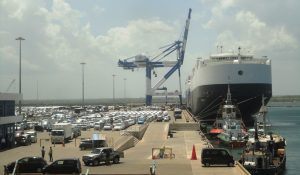 Joanna Eva argues that the reality is not so dramatic:

“Now that Doklam border tensions appear to have been reduced to a fizzle, analysis of Indian-Sino relations must be realistic. As both India and China seek to sustain mammoth economic growth in the 21st century, money talks: bilateral tensions are unlikely to ever be completely resolved, but China’s emphasis on “win-win” cooperation may not be unfounded. Sri Lanka, too, has the opportunity to be proactive in managing its relationships with both countries, and should not be regarded as a mere proxy playground for Southeast Asian politics.”
Source link