Malaysia’s Deputy Home Minister Nur Jazlan Mohamed recently expressed concerns over the threat of returning militants from the Middle East and the Philippines.

The fall of Marawi, following the deaths of the insurgency’s two most senior commanders, came days after the Syrian city of Raqqa was recaptured by a US-backed coalition of Arab and Kurdish fighters.

Several hundred Malaysians have travelled to the Islamic State since 2013. In a new development, around thirty joined forces with the pro-IS Maute group in Marawi earlier this year.

This article examines Malaysia’s capacity to handle the return of some of its fighters. Although coordinated IS-led attacks remain unlikely, the government will take a tough stance in order to mitigate the threat of localised terror cells and ‘lone wolf’ violence. 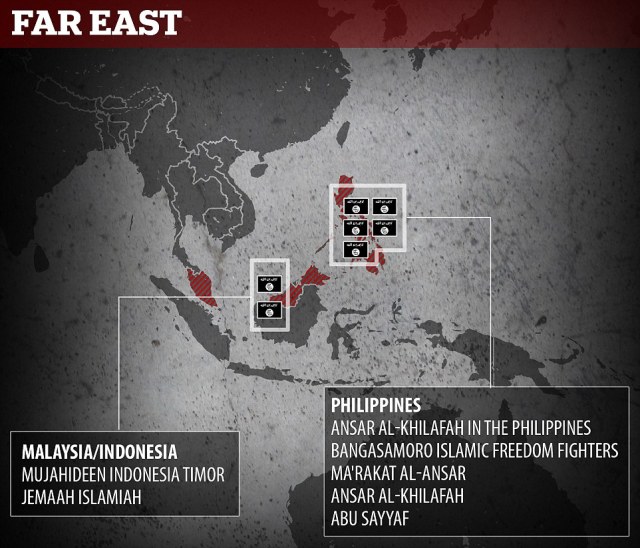 Will Malaysia be targeted?

The almost simultaneous losses of Raqqa and Marawi, cities of similar size, will force IS to shift to more guerrilla-based tactics. Aside from significant loss of manpower, Raqqa’s loss will yield a mass of information about IS’ strategies and personnel. IS’ de facto capital, Raqqa had generated millions of dollars in oil revenues annually; consequently, funding for its Southeast Asian operatives will be drastically cut.

There is always the possibility that wealthy Arab donors will re-inject ISIS with cash. According to one estimate, $40 million was raised this way over the past two years. If so, IS will be able to regroup, re-arm and re-strategise.

IS’ Malaysia operations suffered a heavy blow this year with the death of ‘Malaysia leader’ Muhammad Wanndy Mohamed Jedi, in Syria, at the hands of a drone strike. Wanndy was a commander of Khatibah Nusantara, the joint Indonesian-Malaysian wing of IS.

The World Bank says that as much as 8.3 million workers in Thailand could lose jobs or income from the...