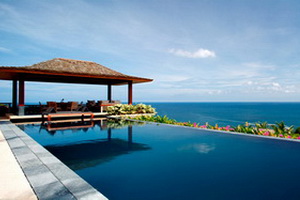 Foreign demand for Thai property will likely plummet due to the tragic ending of anti-government rallies in Bangkok last week which cost scores of lives and led to widespread rioting throughout the capital, real estate consultants say.

Patima Jeerapaet, managing director of property consultant Colliers International Thailand, said marketing activities in the property sector would continue even though the political crisis has spread nationwide and is uncontrollable.

Property activities in the second quarter will drop as April and May are traditionally a quiet period. It may take two months for local demand to pick up but foreign demand remains unpredictable.

However, a few investors are concluding deals. They tend to be local investors who are confident of a peaceful resolution to the political crisis. Some other investors are willing to take high risks for high returns.

“If everything is calm soon, it [foreign demand] will pick up in June as local demand remains strong,” he said. “But we cannot depend on foreign demand as the negative factors are not only the political turbulence but also the currency.”

After the 1997 Asian financial crisis, many foreign buyers flocked to Thailand because the baht was very weak. But Western currencies are now low, with the euro under 40 baht and the pound sterling around 46 to 47 baht.

Thai Condominium Association president Atip Bijanonda said consumer confidence faltered when home-buyers once again faced political uncertainty. When the number of customers visiting residential projects in the first week of March was compared with that in the second week, when the red-shirt rally occurred, the drop was about 20 per cent.