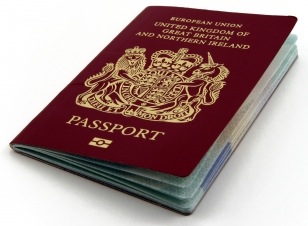 Property in South East Asia has dropped off the radar for cash-strapped British buyers, according to data from the United Kingdom’s leading property website.

Property in South East Asia has dropped off the radar for cash-strapped British buyers, according to data from the United Kingdom’s leading property website.

The report from RightMove Overseas compared search statistics from July 2008 and July 2010, and the results do not bode well for South East Asian countries that previously enjoyed substantial interest from the United Kingdom.

The report from RightMove Overseas compared search statistics from July 2008 and July 2010, and the results do not bode well for South East Asian countries that previously enjoyed substantial interest from the United Kingdom.

Two of the biggest losers globally were the Philippines and Malaysia which have witnessed a 76.39 per cent and 67.30 per cent in search activity respectively. Thailand saw a 51.07 per cent decline in interest, according to the report.

“Two years on from when the Credit Crunch first started to really bite, it’s clear that the overseas property market is radically different. Many of the market dynamics that used to be in place have gone, some would argue for good.

For example, you’d be hard pushed to find a casual investor looking to make a quick buck by flipping off-plan apartments in out of the way places, availability of mortgage finance is much harder and many businesses have failed to adapt to the new conditions.”

“People are still dreaming about a life abroad. What’s clear is that whilst only a few countries have really bucked the trend and gained on their 2008 position, there are big gaps in how fast some countries are recovering, if at all.”

Focusing on the data, Wilson said: “Dubai in the United Arab Emirates has been hit very hard, struggling to regain the peaks it saw at almost 80 per cent fewer searches than 2008. Eastern Europe has also taken a battering with previously hot destinations for investment returns falling out of favour. At the other end of the scale, Germany is the undoubted success story. It’s maybe not as glamorous as France or Italy, but has many of the same benefits and seems to be carving out a niche of it’s own. On this evidence it’s certainly undervalued and overlooked.”

He noted that Spain has proved resilient, recovering twice as fast as France, no doubt helped by continued scent of bargains from its oversupply issues.

Thailand ranks 17th in RightMove Overseas’ Top 20 list of most searched countries, representing 0.85 per cent of all enquiries. It is the only South East Asian country to figure inside the Top 20, but is down a massive 14 places year-on-year in the chart.

The data in the report was compiled from searches made by users of www.rightmoveoverseas.co.uk during July 2010. Rightmove.co.uk is the UK’s number one property website and advertises properties for sale in more than 90 countries. On average, Rightmove Overseas receives 80,000 unique visitors each week and generates more than 1,500,000 overseas property searches every month.