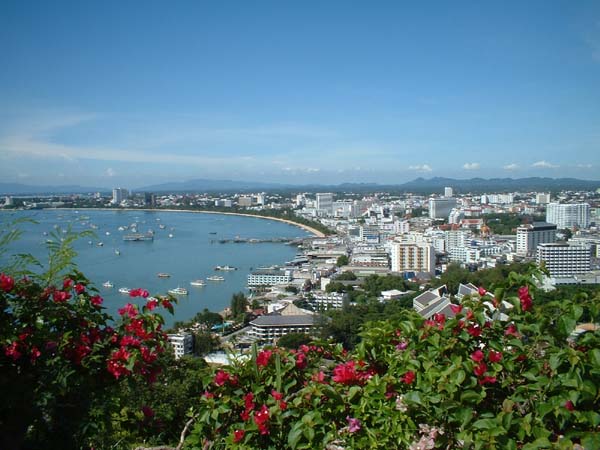 This year will see the skyline change in Pattaya City, with a 20 per cent increase in supply due by the end of the year. Those are the predictions of Colliers International Thailand in their Pattaya City Condominium Market Report , released today.

“Absorbing such an influx in demand will be challenging”, said Antony Picon, Senior Manager for Research and Advisory at Colliers. “However, the Pattaya market is increasingly attractive to domestic buyers from Bangkok, drawn to areas away from Pattaya beach such as Wong Amat” he added. Mark Bowling, Sales Manager of the firm’s Pattaya office, remains bullish about the long term, despite the recent difficulties.

“As in the rest of Thailand, the recent troubles slowed down activity in Pattaya for a while but business is picking up considerably. Local buyers continue to be big players in the market, mostly looking for a second home away from Bangkok”.

Patima Jeerapaet, Managing Director of Colliers International Thailand, noted the difference in buying patterns between Bangkok and Pattaya. He said: “In Bangkok, foreign demand is targeted to the luxury market, however in Pattaya foreigners essentially drive the lower end condominium market with developments more than half a kilometer away from the beach.

With the new highway, you can now get to Pattaya from Bangkok in less than 90 minutes so the city will be a far greater attraction for those wishing to escape Bangkok for a day or two

Most of these buyers are retirees with limited capital and income, so they can only afford units below THB2 million, while the local buyers are often wealthy Bangkokians looking for luxury accommodation.” Bowling pointed out that the greying babyboomers will propel demand for mid-range and cheaper units for the rest of the decade, although he was concerned more about the strength of the Thai baht than political uncertainties.

“The baht was in the mid-seventies to the British pound about four years ago but is now hovering around fifty. That seriously affects the spending power of many people who wish to buy properties in Thailand,”

he noted. Picon’s analysis for Pattaya going forward is of a property market in the process of maturing, with a number of local developers firmly establishing themselves and the overall market segmenting itself – with up market locations such as Wong Amat distinguishing themselves from other parts of Pattaya city. “The growth of the city overall is now leading to particular areas fashioning their own identities, and this looks set to continue” he said. Bowling is convinced the Pattaya property market will continue its robust growth over the next ten years.