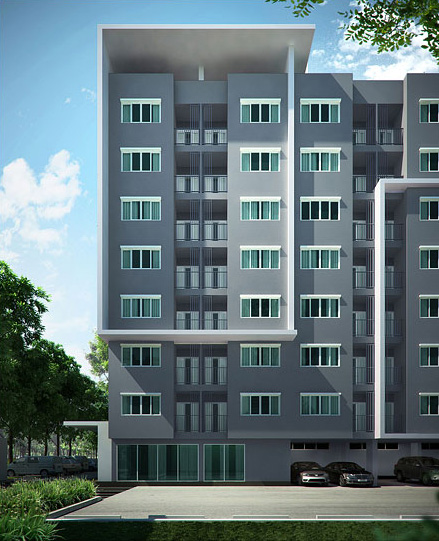 Thai listed developer Sansiri has revised its 2010 sales target up to THB25 billion (US$822 million) and increased its land purchase budget from THB7 billion (US$230.2 million) to THB10 billion (US$328.8 million) as it plans to jump into the low-priced housing market during the last quarter of the year.

Apichart Chutrakul, Sansiri’s CEO (right) and Samatcha Promsiri, Vice President for Corporate Marketing at the recent press conference. Thai listed developer Sansiri has revised its 2010 sales target up to THB25 billion (US$822 million) and increased its land purchase budget from THB7 billion (US$230.2 million) to THB10 billion (US$328.8 million) as it plans to jump into the low-priced housing market during the last quarter of the year. The company earlier set its sales target for this year at THB22 billion (US$723.4 million).

Sansiri’s chief executive officer Apichart Chutrakul revealed that the company generated over THB6.8 billion (US$223.5 million) in sales in the third quarter alone and expected to generate up to THB9 billion (US$295.9 million) in the fourth quarter.

“We managed to reach THB16 billion (US$526 million) in sales during the past nine months. I can say that in the third quarter we recorded the highest sales we’ve ever made in one quarter.”

The private sector’s interests in ensuring the safety of visitors to Thailand are fully aligned with the efforts of foreign embassies to protect the safety of their citizens. Private operators in the travel industry, including airlines, hotels and tour agents, are equally if not more directly responsible for the safety of their customers as we have our reputations at stake and financial liabilities to face.

Related Topics:condominiumproperty Thailand
Up Next