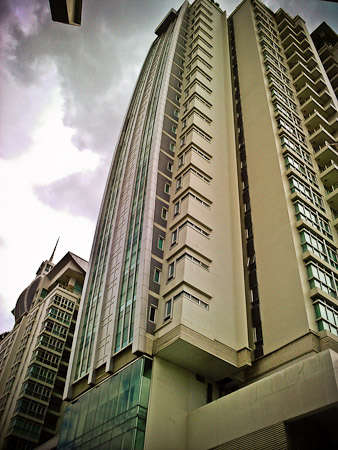 The HBA’s president Vibul Chantradilokrat disclosed that the association will focus next year on the upgrading of the industry’s professional standards through the implementation of three main strategies: setting up of Home Builder Information Centre; a closer cooperation with related private organisations and state agencies; and introducing a members’ capability development program.

Thailand’s Home Builder Association (HBA) has announced that it will create an information center for research and development as a means to upgrade the industry standard. It has also targeted five per cent year-on-year growth of home building market by the year end.

He said: “The three strategies are crucial in order to upgrade the home building industry to be more recognised among its peers and stakeholders, especially the setting up of Home Builder Information Centre as it will help facilitate necessary information for sound decision making and will also place high priority on consumer research so that the right products and services are developed to maximize customer satisfaction.”

In addition, Vibul shared his opinion about the overall home building market in 2010. Despite the fact that industry was considerably hit by the political unrest in Bangkok in the second quarter, the market performed fairly well especially in the first half of the year. According to data provided by the HBA’s Academic Affairs Department, figures were up year-on-year when compared to last year. The HBA predicted that by the end of this year the total value of home building market in Thailand would reach THB11.55 billion (US$386.04 million) implying a growth of five per cent year-on-year.

Neither India nor South Africa issued any travel warning during the recent red shirt demonstrations. They obviously felt their citizens were responsible enough to determine whether they should travel to Thailand and knew how to safeguard their personal safety _ a refreshing approach compared to certain countries that effectively declared all of Thailand including places such as Phuket and Koh Samui off-limits to their citizens.

A new and better-calibrated approach to issuing travel warnings is especially timely, given the increasing frequency of civil disturbances around the world. For example, we have seen labour protests in Greece in May and the G20 riots in Toronto in June _ despite the violent nature of these protests, no blanket travel warning was implemented on either Greece or Canada.

Thailand’s property market was able to rebound from past crises and there is every reason to believe it will be able to absorb the blow of recent political tensions. The taxation situation has actually improved the conditions for purchasing property in Thailand, and if property prices do dip slightly as a result of the current situation it may actually be a good time to buy as there is a very real possibility Thailand property will regain its golden outlook soon.

Investors earn income from rentals. If the economy turns bad, rental rates and occupancy rate in Thailand may fall, forcing many investors to become sellers. When speculators and investors become sellers, extra supply is thrown into the market. Demand and supply pressure are exerting negative sentiments on the Thai real estate market in 2008-2009. However, some developers view the situation as an opportunity.

Oversupply and mortgage capping to weigh on property market